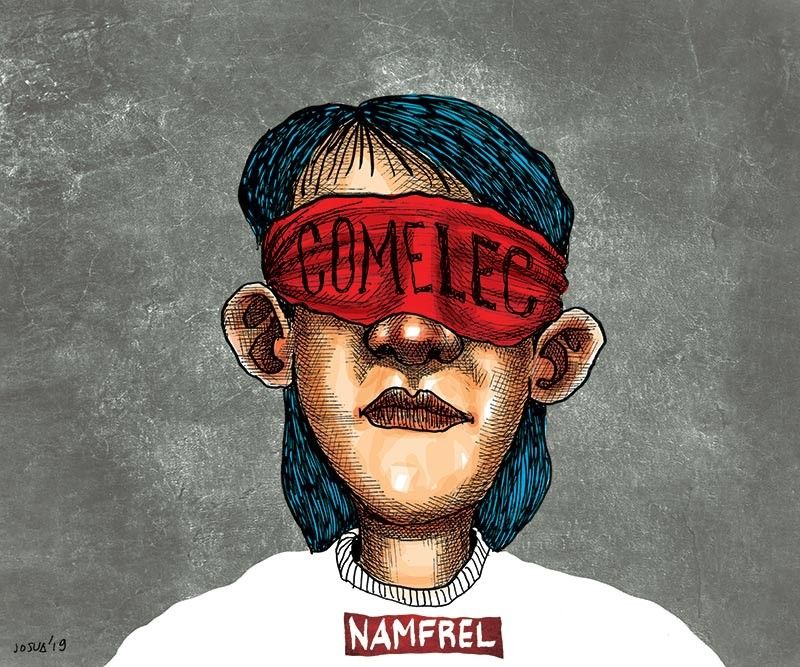 IT WAS kind of prophetic. National Citizens’ Movement for Free Elections (Namfrel) Secretary-General Eric Alvia earlier used the analogy of a basketball game where one only gets to see two moments: the referee tossing the ball and the end scores. Without access to real-time election data, one only gets terminal information on who won and lost, but without having watched the game.

Failing to get full access, Namfrel withdrew its accreditation as the official citizen poll watcher from the Commission on Elections. The access would have allowed it to track data and transmission down to the code level.

By 1:19 a.m. of Tuesday, May 14, the partial and unofficial tally already showed 90.57 percent of the clustered precincts covered.

To allay fears that the elections could be rigged, the Comelec responded with a commitment to release election data logs from the transparency server, said the election watchdog Legal Network for Truthful Elections (Lente).

Lente executive director Ona Caritos said this would be the first time that the Comelec is releasing error logs. Still, the Comelec would have diffused anxieties had it gone an extra mile to be a bit more transparent with Namfrel.

Meantime, some senators have already expressed intention to look into the server incidents and other kinks in the electoral process, some of which totally avoidable.