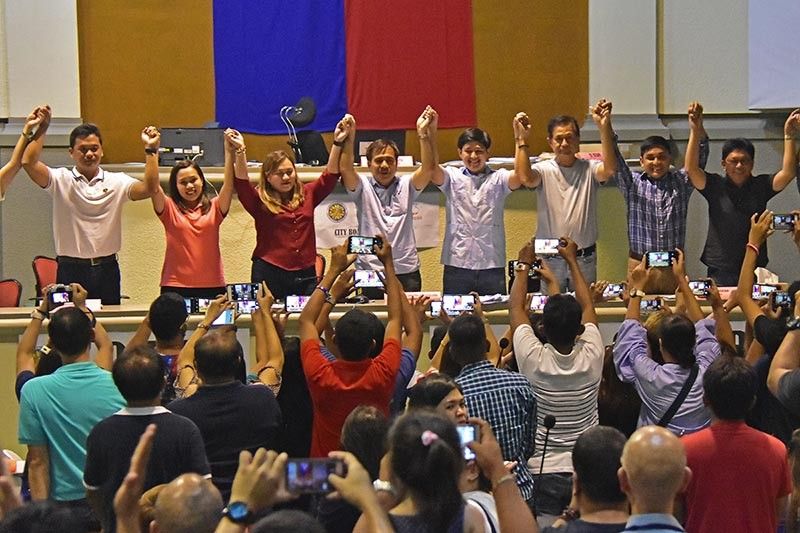 DESPITE the delay of transmission of results from some voting areas and the malfunctioning of vote counting machines and SD Cards, the Commission on Elections (Comelec) in Davao City noted that the canvassing this year was much faster as compared to previous election years.

Krisna Samantha Caballero, Comelec-Davao chair of city board of canvassers, said this year's election was the fastest in terms of canvassing, as it only took more than 24 hours to proclaim all the winning candidates.

"Our target was way beyond expectation. One week ang among expectation," she said right after the proclamation ceremony at the City Council Tuesday evening, May 14.

The election lawyer added it took the board two days to proclaim all winners in the 2016 presidential elections.

She said it is expected to be lower, as compared to the presidential elections.

Meanwhile, the Comelec official has yet to verify the total number of malfunctioned VCMs and voter registration verification machines (VRVM), although she said those were just minor glitches that were immediately addressed.

Political newbie councilor-elect Jonard Dayap also made it to the final eight slot in the Second District.

He will replace his older sister, April Marie Dayap, in the council.

"Organizing the youth who are the future leaders and train them in technical, vocational courses, teach them livelihood opportunities and imbibe upon them youth leadership and sense of nationalism," Mahipus Sr. said in a text message.

"I was aspiring to be the first elected Muslim Councilor in Davao City but it turned out that this is not yet the right time. I am also disconsolated because the actualization of all my plans as city councilor is currently put on hold although I commit that it will never be ceased," Sudagar said on her Facebook account.

In a previous report, she said she will continue to support the welfare of the indigenous peoples (IPs) even if not elected as councilor.

Some netizens gave Marcellones, Duterte-Carpio's mayoral opponent, a salute for his determination in seeking for public support.

"Kay Tatay Jun Marcellones, di ko po kayo kilala personally but I commend you for running as a mayor in Davao. Hindi po in vain ang pagtakbo niyo. Congrats pa rin po! (To tatay Jun Marcellones, I do not know you personally, but I commend you for as a mayor in Davao. Your candidacy will not be in vain. Congatulations to you!)," Twitter user @Pandacoon_pat tweeted.

Another Twitter user @_aphrnn defended the defeated candidate from his bashers.