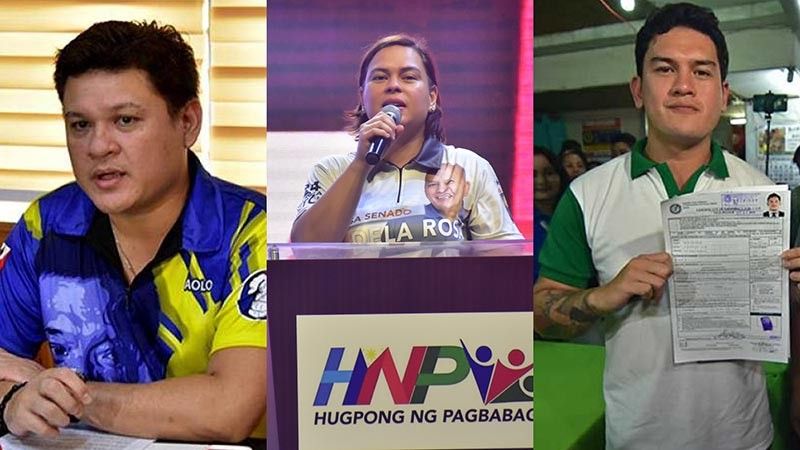 THE Commission on Elections (Comelec) Davao City Board of Canvassers (CBOC) officially declared the Duterte siblings and the first district councilors as elected officials Tuesday evening, May 14, despite a school's non-transmission of election results.

The declaration was made at 8:40 p.m. after a petition was filed before the poll body to lower the election threshold.

The Dutertes were a no-show during the proclamation. The Duterte brothers were represented by lawyer Eduardo Legaspina, while lawyer Warren Leung represented the mayor.

Political returnee and newly elected first district representative Paolo said he is "humbled and at the same time honored" for the trust to represent his constituent in Congress.

Paolo outshined his independent opponents Susan Uyanguren and Rex Labis with 197,370 votes, while the remaining two only garnered 5,135 and 2,124, respectively.

While she has not posted a message of her continuing on as mayor of the city, Duterte-Carpio posted on her Instagram account her gratitude to the Dabawenyos after the results showed that all 12 Hugpong ng Pagbabago (HNP)-endorsed candidates dominated in the partial and unofficial result from the Comelec in Davao City.

Duterte-Carpio said she was overwhelmed with the support Dabawenyos poured to her party's senatorial candidates.

"I am not a person who cries easily but when it was definite that Davao City delivered a 12-0 vote for Senators of HNP, the tears flowed and the sobbing followed. A first in our City's history," she said on her IG post Tuesday morning, May 14.

Duterte-Carpio will now enter her second consecutive term as city mayor, after garnering 580,440 votes against independent candidate Jun Marcellones with only 4,270 votes.

Before the proclamation, 99.92 percent canvassed votes were transmitted, resulting in the petition for the immediate declaration.

The Davao City National High School (DCNHS) was the lone school that failed to transmit its election results due to a malfunctioned SD card of the vote counting machine (VCM).

But she said the remaining estimated 400 votes out of the estimated 700 registered voters will not have any bearing in the election results.

Earlier, councilors and representatives of the second and third districts were already proclaimed.