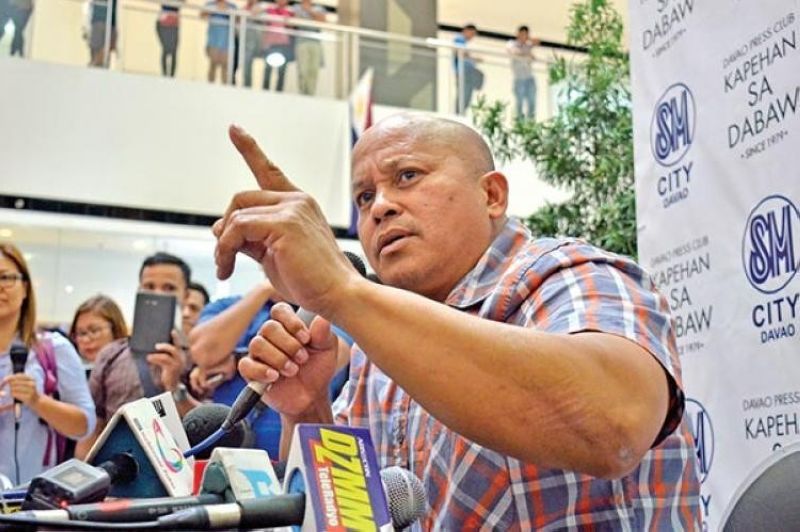 THE capabilities of Ronald "Bato" dela Rosa, the former Philippine National Police (PNP) chief who is poised to secure a Senate seat, should not be underestimated, Malacañang said Thursday, May 16.

In an interview with Palace reporters, Presidential Spokesperson Salvador Panelo came to the defense of Dela Rosa, who earned public criticisms for his supposed lack of understanding of the duties and responsibilities required of a senator.

Dela Rosa, in a televised interview on Tuesday, May 14, said he would seek advice from incumbent senators and undergo training to help him learn how to craft laws in the Senate.

Panelo said the public should laud Dela Rosa for the former police chief's honesty, instead of taunting him.

Dela Rosa is among the top five senatorial candidates most voted by the electorate on May 13 midterm elections, based on partial and unofficial poll results.

The former police chief, who is a member of the Philippine Military Academy (PMA) "Sinagtala" Class of 1986, said he would consult re-electionist Senators Aquilino Pimentel III and Joseph Victor Ejercito to help him prepare for the Senate post.

Dela Rosa, a newcomer in the Senate, added he would also attend lawmaking seminars.

Panelo said Filipinos should consider that Dela Rosa, as a graduate of PMA, has the "intellect and skills."

He also cited the case of incumbent Senator Panfilo "Ping" Lacson, a member of PMA "Matatag" Class of 1971, who also has no background in legislation when the latter became senator.

(Let's not underestimate him. Those who are questioning General Bato's capacity forget that he is a PMA graduate. PMA graduates are known for their intellect and skills, aren't they?)

(Second, those who are questioning General Bato forget that Ping Lacson, PMA graduate and former PNP chief, also has no knowledge about legislation when he served as senator. Now, Lacson is a good legislator.) (SunStar Philippines)