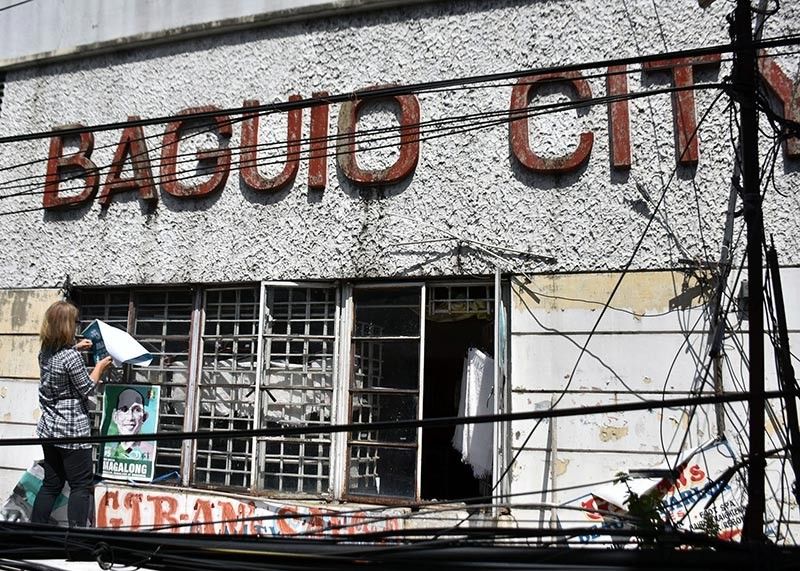 BAGUIO. A concerned citizen takes down campaign materials along the Baguio Public Market. Winning or losing candidates in the May 13, 2019 elections are called to take down their campaign materials posted in the different areas in their respective communities. (Photo by Redjie Melvic Cawis)

CANDIDATES who won or lost in the May 13 polls are told to submit their Statement of Contribution and Expenditures (Soce), according to Benguet provincial elections supervisor lawyer Nicasio Jacob who reiterated the resolution and memorandum of the Commission en banc.

“Whether running candidates lost or won, all must submit their statement of contribution and expenditures within 30 days from May 13, 2019 that is June 12,” said Jacob.

Jacob added before winning candidates can take their oath, they must submit Soce and follow the format prescribe by the commission.

The Comelec official also reminded the Department of the Interior and Local Government not to schedule oath taking of candidates without certification coming from the Comelec.

Jacob said elections in Benguet province and Baguio City remains generally peaceful while common problems reported from the field composed of defective vote counting machines and SD cards. There are eight in Baguio City and 20 in Benguet.

Benguet has the most number of registered voters in the Cordillera Administrative Region with 227,033 voters followed by Abra and Baguio City.