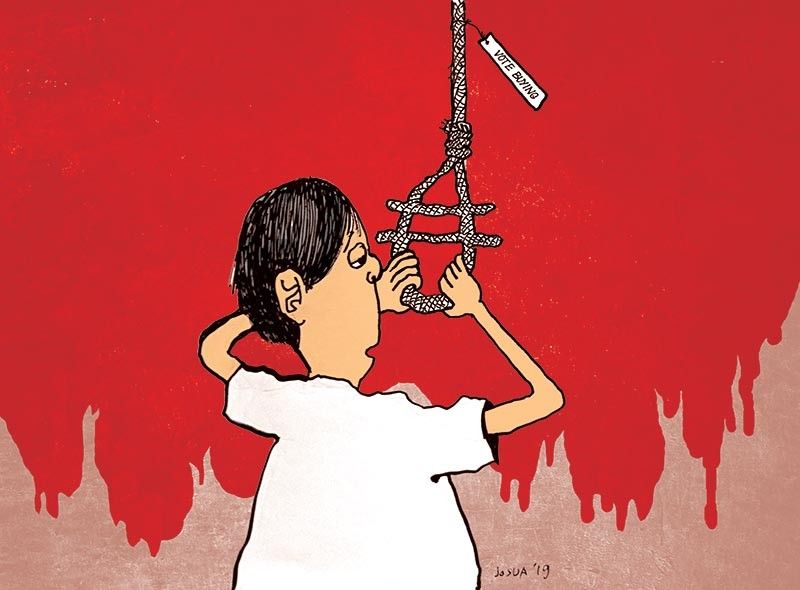 MEDIA theorists have long predicted that the next war will be waged over information. To get ahead today, one needs to grapple with as much information as one could muster. Businesses and politicians haul data the way the superpowers of yore engage in secret arms buildup.

Business and political decisions today are not decided on ideals, but by numeric behaviors, algorithms. This much they know: crowd behavior is quantifiable, that culture and emotional response of a populace are but numbers game.

The current elections is informed by this change. Campaign kitties had been re-channeled from the usual platforms, and the cost had dramatically gone down.

The Philippine election law says a candidate who belongs to a political party can spend only P3 per registered voter. Independent and party-list bets can shell out P5 per voter.

Traditional media campaigning drains funds. A 30-second TV commercial costs P250,000 to P500,000. National candidates and parties, the law says, may air only a total of 120 minutes of TV ads per station and 180 minutes of radio ads per station. Worse, TV ads by their very nature can only show generalized branding; their very nature can’t customize messages for urgent issues. On the other hand, campaign spending on the internet is impossible to monitor.

This much they do: They either go to a cheap hole-in-the-wall workshop for contract trolls or to a two-story hub of keyboard warriors to blast their message or smear a contender’s person—all for a price dramatically lower. At P550, you get 120,000 impressions, 300 clicks. On Facebook, a whistling P450 can earn one a reach of 45,000 people and an engagement of 574. With surgical precision, you can penetrate target demographics, your message hitting where it matters most.

This is why the prime beneficiary from the excesses for supposed media spending is vote buying, a practice that no less than President Rodrigo Duterte said is “integral” to Philippine elections. No politician, he said, is innocent of it.

The Philippine National Police reported that around P12 million was seized in its campaign against vote buying and selling in the 2019 national midterm elections.

In the period between Jan. 13 to May 14, the PNP recorded 225 incidents of vote buying. Around 356 persons were arrested, 85 others eluded arrests and eight minors rescued. The bulk of the arrests were in Metro Manila. In Caraga region, around P8 million was seized.

Vote buying or selling is punishable by one to six years of imprisonment. PNP spokesperson Col. Bernard Banac said it is only in this election that the PNP strengthened its operations against vote buying. That, despite PNP Chief Oscar Albayalde saying earlier that allegations of vote buying are hard to prove.

There is much to be done to creatively curb the problem of vote buying.