P1.3-B project’s fate ‘rests with court, not with new gov’ 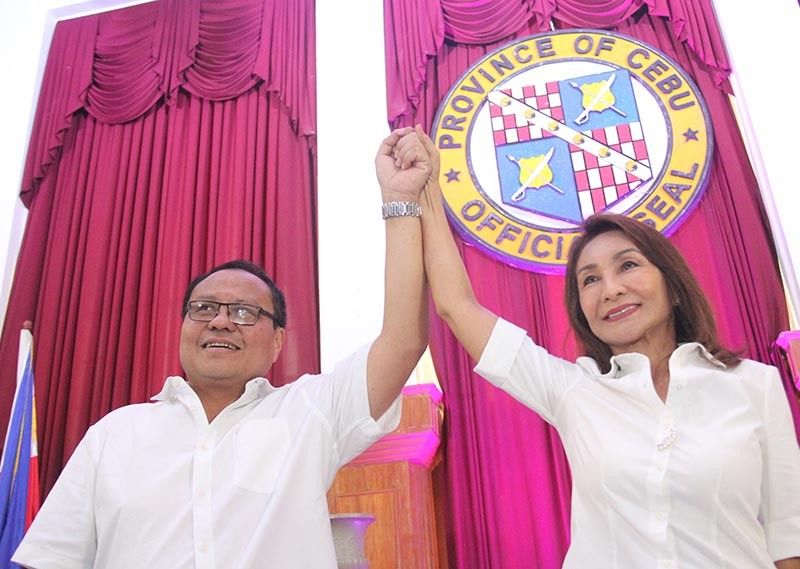 ONLY the court can decide what happens to the P1.3-billion Cebu Provincial Resource Center.

Gov. Hilario Davide III pointed this out in an interview Thursday, May 16, at the Capitol Social Hall after his proclamation as vice governor.

Representative Garcia (Cebu, 3rd district) filed on March 26, 2019 an injunction against Davide and other Capitol officials, contractor WT Construction Inc. and Development Bank of the Philippines (DBP) to stop the construction of the 20-story building inside the Capitol compound.

The case is pending before the Regional Trial Court in Toledo City, which falls within Garcia’s district representation.

Because of the pending case, Davide said, Garcia cannot just cancel the project on her own once she assumes the governorship on June 30.

But Garcia said she will not use the P1.3-billion loan from DBP as she does not want the Provincial Government to be “shackled” with such a big loan for this kind of project.

“I will keep this Province debt-free,” she said in an interview after her proclamation as governor also at the Capitol Social Hall.

That’s why she warned DBP to be careful in granting the loan because “that would become a behest loan” and it’s the Cebu taxpayers who will be burdened with paying it, she said.

On June 1, 2018, Davide and DBP chairman Alberto Romulo signed a memorandum of agreement for a P1.525-loan to build the 20-story Cebu Provincial Resource Center.

Davide said he and the other Capitol officials named respondents will answer the charges as ordered by the court.

That aside, Davide promised to support Garcia’s executive agenda for as long as it benefits the people of Cebu.

“I will not be an obstructionist. I will do my job,” Davide said.

Part of Davide’s functions as vice governor is to preside over the Provincial Board, the legislative body. He breaks the tie in case of a tie during deliberation.

At her proclamation, Garcia’s 93-year-old father, former governor and House deputy speaker Pablo Garcia, and her family were there.

Speaking at the podium right after her proclamation, Garcia looked back to her suspension from office for six months for usurpation of authority from December 2012 until she left Capitol.

She described the suspension as illegal and that the power or authority wrestled from her has been reinstated with her election.

“To my opponents, learn from this, negative campaigning never works with the Cebuanos. Because Cebuanos are an intelligent electorate. Never again insult their intelligence,” she said.

In a May 10, 2019 decision, the Court of Appeals (CA) dismissed the graft case filed against her by the Office of the Ombudsman and Capitol officials led by Davide and Magpale over the filling contract with ABF Construction for the Balili property.

The CA found that the ombudsman had violated Garcia’s right to a speedy disposition of her case, had misruled her offense as grave misconduct when it should have only been simple misconduct, and should have applied the condonation doctrine.

Also proclaimed on Thursday, May 16, were: