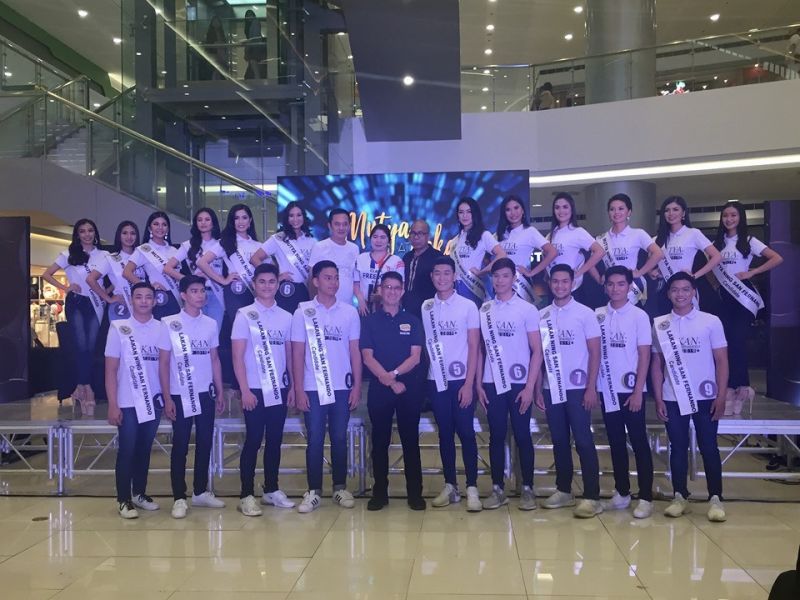 PAMPANGA. Mutya at Lakan Ning San Fernando 2019 candidates are joined by event Chairman Robbie Hizon and members of the local media during press presentation on Thursday, May 16, 2019 at the SM City Telabastagan. (Princess Clea Arcellaz)

TWENTY-ONE young men and women representing different barangays in the City of San Fernando will be competing for the coveted Mutya at Lakan Ning San Fernando 2019 title.

The candidates, composed of 12 Fernandina youth and nine Fernandino youth, were officially introduced to the members of local mediamen alongside their advocacy videos during a short presentation held at SM City Telabastagan here.

This year’s Mutya at Lakan Ning San Fernando Chairman Robbie Hizon said the candidates were meticulously screened by a committee to ensure that they will not only showcase Fernandino beauty but also embody the traits and culture of a local.

“We are not only after the physical beauty and wit but we are also looking for candidates who possess the traits of a true Fernandino and can showcase the rich culture and heritage of San Fernando,” Hizon said.

Hizon added that winners must also have a strong advocacy, whether on environment, culture and the arts, good governance and youth development that can help bring progress to this capital city.

The Mutya at Lakan Ning San Fernando 2019 is held in line with the month-long Pyestang Fernandino celebration in honor of the city’s patron St. Fernadinand.

A Flores de Mayo is set on Saturday, May 18 at the SM City San Fernando Downtown, while the Swimwear Competition will be on May 21 at The Orchidarium, The Orchids Gardens.