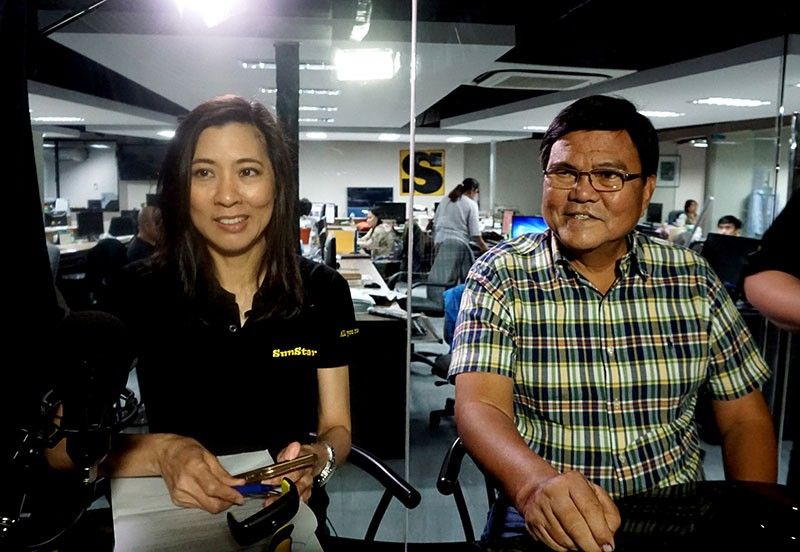 CEBU City Mayor-elect Edgardo Labella will ask for the help of the National Government in addressing several problems in the city including flooding, traffic and garbage, as soon as he starts his term on June 30.

Labella also said the City would join the Metro Cebu Development and Coordinating Board (MCDCB) again to work better with other local government units (LGU) in solving common problems.

In 2016, Mayor Tomas Osmeña opted not to join the activities of the MCDCB, saying the board did not have any authority to convene the 13 LGUs in Metro Cebu.

Through the Mega Cebu program, the MCDCB envisions to make Cebu a more livable and sustainable place to live in by 2050.

“I am thankful also that the Governor-elect Gwen Garcia, as I have heard, also has the same advocacy for us to work together, interconnect with one another. I think this is the best solution. There is connection and working hand in hand with other LGUs,” Labella told SunStar Cebu in a Facebook live interview.

To provide a short-term solution to the flooding problem, Labella said he plans to tap the help of the Philippine Army Engineering Brigade in a massive dredging of the rivers and other waterways in the city.

“After we have cleaned and cleared our waterways, we will undertake a very vigorous City policy to prevent the return of garbage. We really have to empower our barangays. I will ask the barangay officials to help us, whether allied or not. Let’s work together to prevent the garbage from going back to the rivers and waterways,” he said.

Labella said the City can provide incentives to those barangays that will help or sanction those who will not participate.

In the aspect of traffic and transportation, Labella said he would continue to support the Integrated Inter-modal Transport System (IITS).

If there will be no hitches and all requirements will be complied with, Labella said that according to Department of Transportation Secretary Arthur Tugade, the Light Rail Transit (LRT) project will be implemented before the year ends.

The LRT project with routes within the city and towards the Mactan-Cebu International Airport will serve as the backbone of the IITS.

“The IITS will traverse 14 LGUs because the problem in traffic can’t be solved if we isolate ourselves. We cannot isolate Cebu City from neighboring cities and municipalities,” he said.

The LRT, Labella said, will be integrated with other modes of transport including the Cebu Bus Rapid Transit (BRT) project.

“As Secretary Tugade said, it would be an integrated inter-modal system. It would not necessarily exclude the other modes of mass transport,” he said.

Labella said there is also a need for the City to have a modern traffic system and a study on the number of vehicles on the road at certain times.

For garbage, Labella said he plans to have trash collected 24 hours a day and to put up three more transfer stations where the waste will be temporarily stored before its disposal in a private landfill.

Labella also promised to look into the operation of a newly opened private landfill in the upland barangay of Binaliw.

“We will see (if the City will allow the operation of the private landfill in Binaliw) if it’s pursuant to the general welfare clause of the Local Government Code, check if it appears and it was proven that it endangers the health and sanitation of the constituents,” he said.

If he had to choose, Labella said he would not allow any landfill in the City because it is densely populated, and some towns in Cebu have offered to receive the city’s trash.