Sunday Essay: Grief and gloating in 2019 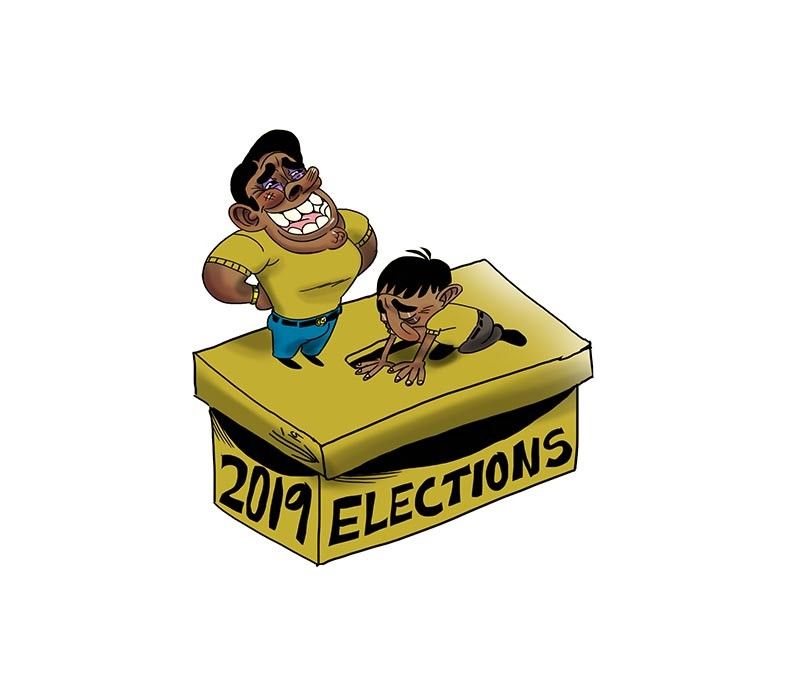 WHEN it became clear that the opposition had failed to gain even a single Senate seat in last Monday’s midterm elections, three questions surfaced.

First: How do I migrate? Second: What were millions of voters thinking? And third: What happened in those seven hours when the Commission on Elections’ (Comelec) transparency server stopped sending results to media and other groups monitoring the election results?

The first question came up first, just minutes after the polling places had closed, and is also the easiest to answer. Search engine trends showed only that more people than usual were searching for or tweeting last Monday night about moving abroad. The reports can’t show intention: whether citizens were searching for or posting about “migration” and “how to migrate” because they were seriously considering it or simply venting. Gallows humor can be therapeutic. It also costs less than actually moving to Canada or New Zealand. It was amusing to see citizens poke fun at themselves for tweeting about migration, when their friends couldn’t even find the time to meet and commiserate over coffee.

The second question is harder. In a campaign when voters had several qualified, intelligent and plunder-free candidates they could have supported, why did millions vote for someone whom the Supreme Court had ordered to return P124.5 million to the public coffers from which those funds had been drawn? What were 13,442,578 million voters who supported Bong Revilla thinking? And if you think only poor or uneducated voters supported him, look again.

They were referring to American democracy, but something that Steven Levitsky and Daniel Ziblatt published in 2018 hits a little too close to home. “This is how we tend to think about democracies dying: at the hands of men with guns.” Despite many challenges, democracies in previous years survived because of certain norms, like that of political leaders “resist(ing) the temptation to use their temporary control of institutions to maximum partisan advantage.”

What threatens democracies today are far more subtle than men with guns. They include political figures who sow public confusion, who drag critics of the government through costly and demoralizing lawsuits and who use lies, disinformation and propaganda to demonize their political rivals. Some of these figures happen to be political figures we’ve elected. As Levitsky and Ziblatt put it: “Democratic backsliding today begins at the ballot box.”

In those seven hours last Monday night when we had no idea who was winning the Senate elections, I resisted the urge to indulge in dramatic, “democracy dies in darkness” speculation. I watched the fifth episode of Game of Thrones again, because a fantasy world that involves two mad queens, a man who knows nothing and a hardworking dragon was a brief but enjoyable escape from all the post-election gloating and grieving on social media.

Now, the Comelec has allowed a citizens’ group to examine the audit logs of its transparency servers. I don’t expect that to change the results or to silence most of the doubts about the integrity of the 2019 elections. I do wish—too late—that Comelec had given the National Citizens’ Movement for Free Elections access to the data that the group needed for its open election data website. I wish more voters—educated and uneducated alike—had made honesty matter more when they decided whom they would vote for this year.

As for the grief and gloating, I know these will end soon enough, our memories being short and our attentions prone to distraction. There are more important matters to focus on, among them finding allies with whom to watch more closely the events of the next three years and to help ensure that the elections in 2022 proceed as scheduled.