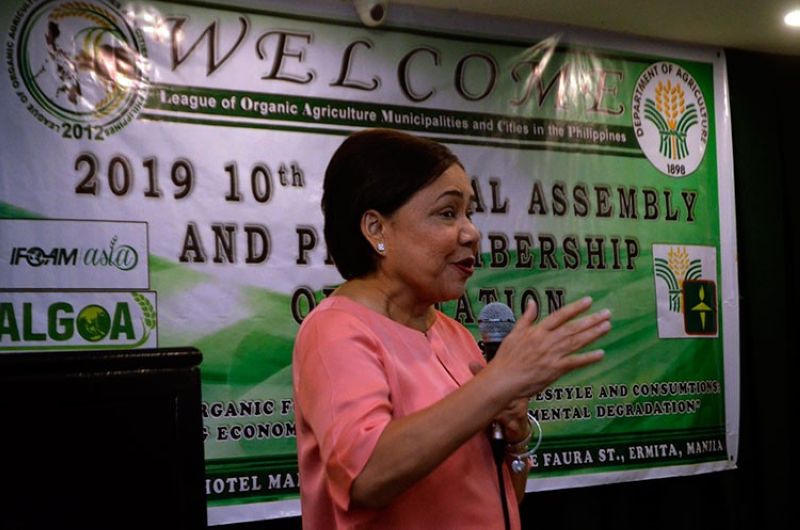 MABALACAT CITY -- The National Federation of Peasant Women or Amihan dared Senator Cynthia Villar to ban “land-use conversion” of rice lands in the country as protection for the farmers’ livelihood and food security.

This after Villar is reportedly eyeing to lead the senate committee on agriculture.

“We dare Villar, who owns Camella or a known beneficiary of land-use conversion, to ban it nationwide, as challenge to her statement that she is helping the stakeholders in agriculture, and to protect the rice lands, as measure for food security and self-sufficiency,” said Zenaida Soriano, Amihan National chairperson.

According to Soriano, the land-use conversion projects especially residential estates or subdivisions, have been covering productive rice lands in Central Luzon and Calabarzon.

These triggered mass displacement of rice farmers and reduction of harvests, the women’s group stated.

Under Republic Act 11203 or Rice Liberalization Law, which triggered low farm gate prices this first quarter, bankruptcy and indebtedness will threaten the lands of around 2.7 million rice farmers to land-use conversion.

“We challenge her to ban land-use conversion nationwide, as proof that she will never promote the interests of her family,” the peasant women leader said.