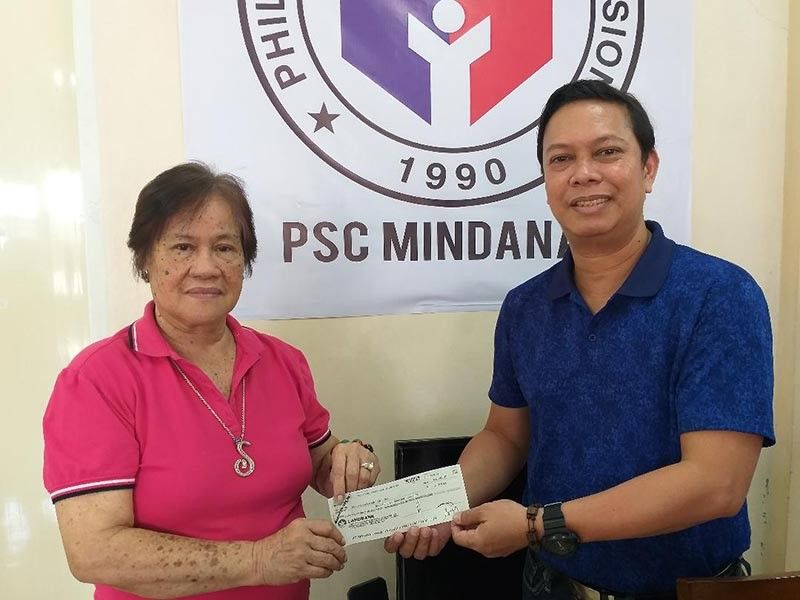 ASIDE from the P3-million assistance that the Philippine Sports Commission (PSC) earlier gave the Private Schools Athletic Association (Prisaa) national office for the conduct of the National Prisaa Games 2019, the national sports agency gave another P300,000 to boost Prisaa Davao’s hosting preparations.

Montalban, for her part, thanked the PSC for their all-out support to Prisaa as she also invited the PSC Mindanao staff and regional coordinators to attend the May 19 opening ceremonies at University of Mindanao (UM) Matina track oval.

In a previous interview with SunStar Davao, PSC chairman William “Butch” Ramirez said the agency’s partnership with Prisaa has gone a long way.

Ramirez said, “Our partnership with the National Prisaa aims to fulfill the sports agency’s mandate to strengthen grassroots sports.”

The PSC chief added that the National Prisaa is an important partner of PSC.

“It’s been organized for a long time. We feel that tertiary sports must be given attention by government and we contributed something in partnership with them,” Ramirez said.

He added that the partnership is vital in developing tertiary sports in the country.

The PSC also provided assistance in the past editions of the National Prisaa Games.

Chairman Ramirez will be joined by PSC commissioners Maxey and Celia Kiram in the opening ceremonies that expects some 7,000 delegates of athletes, coaches, officials, parents and spectators.