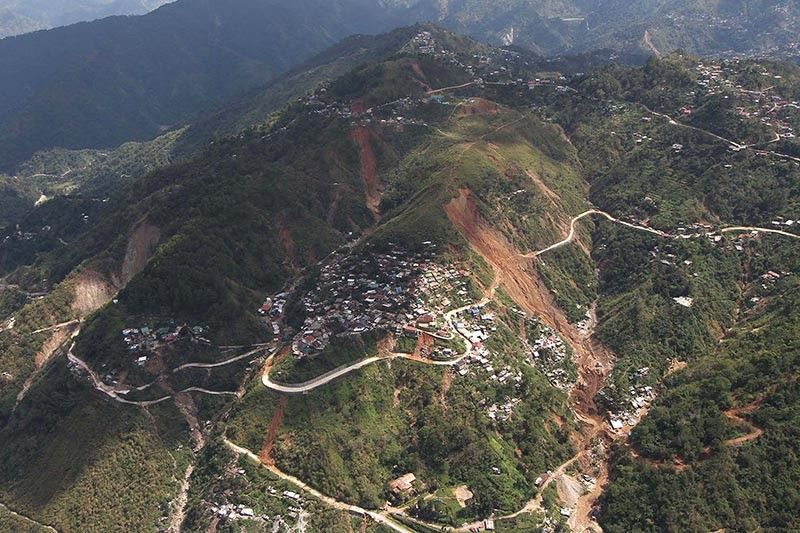 BENGUET. This file photo taken on September 2018 shows an aerial view of the landslide area in Itogon, Benguet which buried scores of lives. Local Officials are still in search for a safe and viable lot to relocate 700 families affected by the tragedy. (Photo by Jean Nicole Cortes) 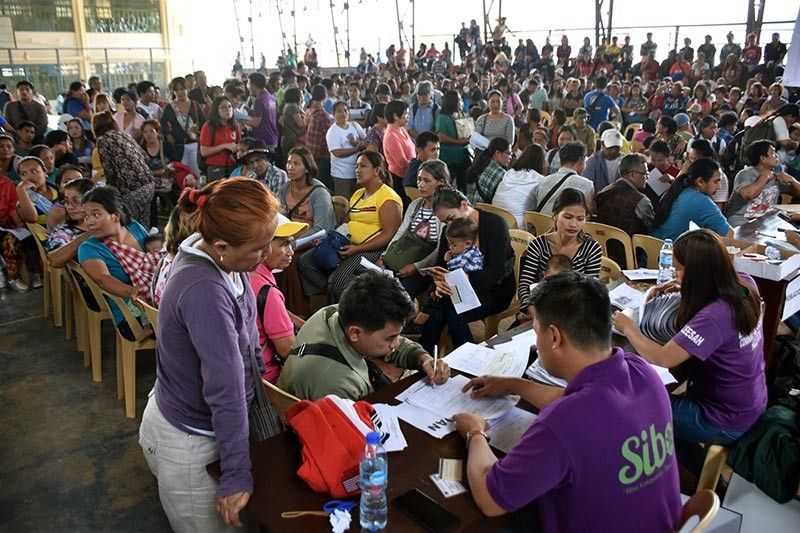 BENGUET. Hundreds of Typhoon Ompong affected individuals receive from the DSWD-Cordillera their checks amounting to P20,000 each intended for their livelihood which is part of the Seed Capital Fund for Internally Displaced Persons under the DSWD Sustainable Livelihood Program at the Itogon Training Center in Tuding, Itogon, Benguet. (Photo by Redjie Melvic Cawis)

ITOGON, BENGUET -- The search for a home of 700 families continues.

Mayor Victorio Palangdan in a press conference on the Status and Update of Assistance provided to the victims of Typhoon Ompong for Itogon, Benguet at the Itogon Training Center in Tuding, said there were offered lots to be purchase for the relocatees, however, the areas were in critical danger zones.

Last year, he added National Housing Authority (NHA) awarded to the town a total of P20 million for the purchase of lot and construction materials for resettlement of affected persons of the typhoon.

“Ang problema ngayon we tried our very best. I created a task force resettlement to look for better resettlement for the people of around 700 families.” Palangdan continued. “When there were offered lots, when we check to MGB (Mines and Geosciences Bureau), it did not pass, it was high risk, dangerous, danger zone. That is why we are still looking. If it will pass we will buy the lot.”

The mayor said some 10 hectares is needed to accommodate all relocatees.

Palangdan added more than 100 victims of the 2009 Loakan landslide and 2015 sinkhole in barangay Virac will also be included aside from the 600 relocatees of Typhoon Ompong.

Palangdan said the task force he created is currently assessing and validating available lots for the relocatees while the P20M donated money of NHA is currently in the bank.

To date, he said the affected persons are with their relatives, supported by the shelter assistance of Caritas Baguio and others returned to their hometowns through the “Balik Probinsiya” program of Department of Social Welfare and Development.

On October 24, 2018, Palangdan signed an administrative order organizing a demolition team to implement the dismantling of structures in areas with high hazard susceptibility as determined by the Mines Geosciences Bureau of the Department of Environment and Natural Resources that were consequently declared as no build zones.

Identified areas as inhabitable are within the no build zones, located in some parts of Dampingan, Luneta, Simot-simot, Columbia and Forty Raise, all within barangay Loacan, First Gate, Otek and L-070 in barangay Ucab, Tipong at barangay Ampucao and Surong 2 at barangay Gumatdang.

Father Manny Flores of Caritas Baguio disclosed temporary rent assistance will be about to be closed by September or October this year.

In the aftermath of typhoon Ompong [international name Mangkhut] that hit the region September 2018, more than 100 people died.

Palangdan said the town has suffered prior to the stoppage of all small-scale mining in the town and the Cordillera region as it is the main livelihood in their municipality.