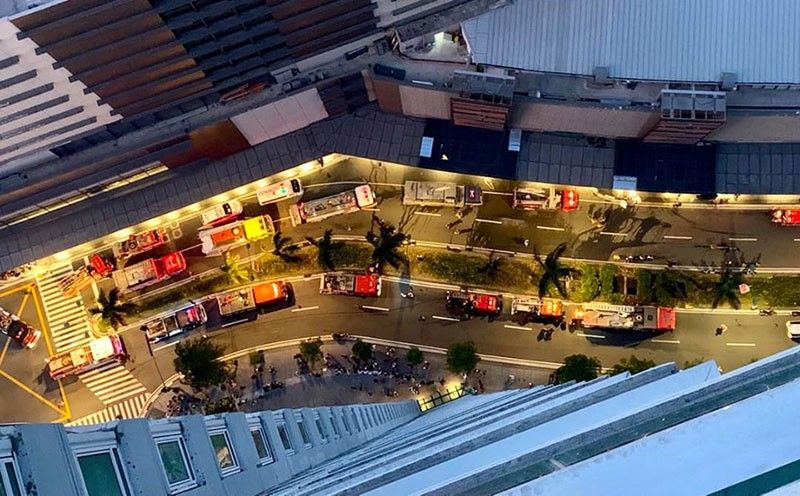 MANILA. Fire fighters respond to a fire incident at Glorietta shopping mall in Makati at about 6 p.m, Sunday, May 19, 2019. (Photo courtesy of Heiderose Stee Facebook)

ANOTHER fire broke out in Glorietta shopping mall in Makati City, but was declared fire out in about half an hour.

The mall management said a "minor fire incident" at one of the spaces under construction at the perimeter of Glorietta 2 occurred at 5:59 p.m. Sunday, May 19.

The Bureau of Fire Protection (BFP) declared a fire out at 6:31 p.m. No injury was reported and the mall resumed normal operations.

On May 19 at around 5:59pm, a minor fire incident occurred at one of the spaces under construction at the perimeter of...

There is fire at the Glorietta now!