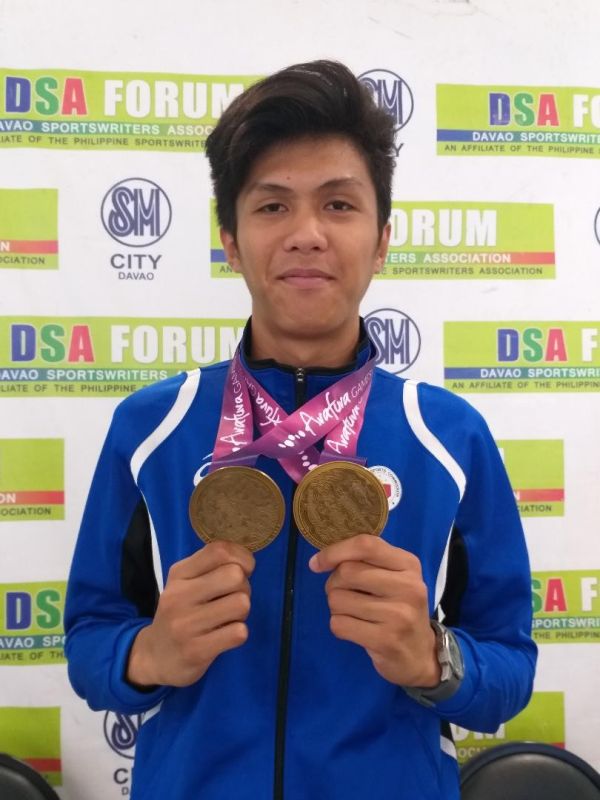 Six-foot-two Caseñas, 18, who recently captured two gold medals in the Arafura Games 2019 in Darwin, Northern Territory, Australia said he hopes to win for the University of Mindanao, where he is a Senior High School student, (UM) and the Prisaa 11.

He will compete in college men's long jump and triple jump events in the weeklong games supported by the city government of Davao, Philippine Sports Commission, Department of Education and Commission on Higher Education.

Yngayo, a secondary girls chess double bronze medalist in the Palarong Pambansa 2019 held in Davao City, said her only focus is to win and give pride to UM.

"Makadaug jud labaw na kay first time nako mag Prisaa unya gusto nako naay ma-contribute sa akong new school ug sa mga efforts sa coach ug among sports coordinator (I really want to win considering that it's my first time to compete in Prisaa and I also want to have something to contribute to my coach and our sports coordinator)," she told SunStar in a Facebook interview.

Most games of the 19 sports entered will start Monday, May 20, in separate venues in Davao City.