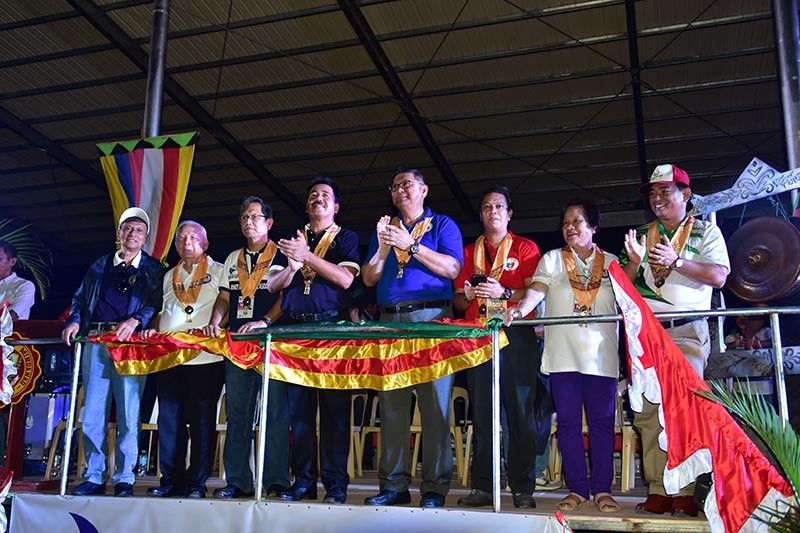 KEYNOTE speaker Commission on Higher Education (Ched) Chairman J. Prospero E. De Vera III on Sunday, May 19, underscored the importance of humility and discipline as he addressed some 5,000 delegates of athletes and coaches during the National Prisaa Games 2019 opening ceremonies, which was spiced up by a showcase of traditional dances of all competing regions, at the University of Mindanao (UM) track oval in Matina, Davao City.

De Vera said sports, being a cornerstone to success in life, promotes discipline and diligence and is a great equalizer no matter what one's social status in life is.

"Always good to have talent but in sports, importante ang sipag at tiyaga. Athletes are special kind of people because of their determination and discipline to succeed in life. Aral at practice araw-araw, hindi madali," De Vera said, adding that there is no shortcut to winning.

He also likened an athlete's medal to Latin honors in education.

De Vera continued, "When you compete, you represent your family, your community, your school, your city and your region. Kapag lumalaban kayo it's not only by yourself that you earn your success. Victory is a combination and a product of all those who help you. I ask you to be humble in victory and to be proud when you lose because you did your best and that is something to be proud of."

He, however, called on universities and colleges' sports offices to create a genuine and strong community sports program especially to poor communities. Reaching out to the poor communities (through sports) is greater than a championship.

Games in most sports included in this year's annual sportsfest will go full blast Monday, May 20, in separate venues in Davao City.