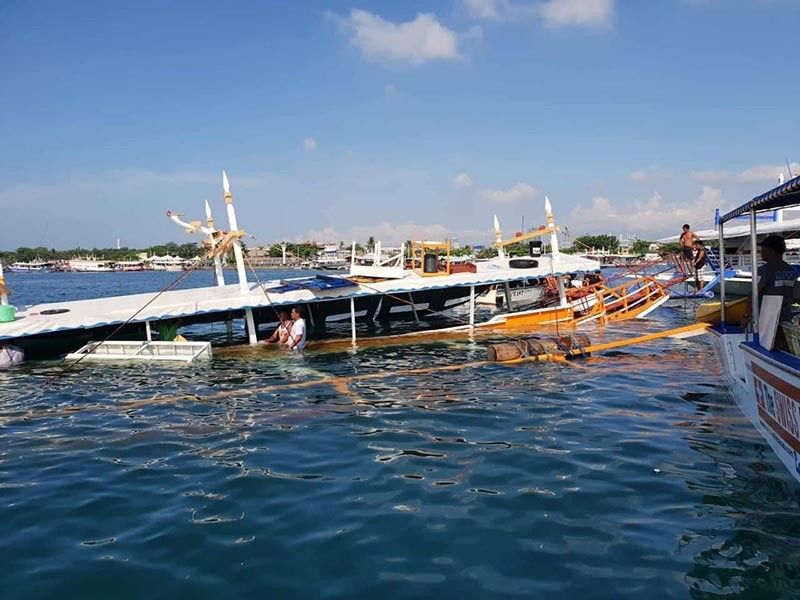 FORTY-FIVE passengers and five crewmembers were rescued after a chartered motor banca sank off the coast near Sta. Ana Pier in Davao City.

The vessel, MBCA Sam Cristoffer, was on its way to Talicud, Samal Island for an island hopping tour early morning Sunday, May 19, when it began to sink.

Based on the Maritime Incident Report provided by Philippine Coast Guard (PCG) Davao commander Lieutenant George Maganto, authorities received a report from motor banca operators around 7:55 a.m. that there was a sinking banca more or less 150 meters from Sta. Ana Pier in Davao City.

Personnel of the PCG-Davao, together with the personnel of Special Operations Unit–Southeastern Mindanao (SOU-SEM) and PCG Anti-Terrorist Unit (CGATU)-SEM), immediately proceeded to where the banca was sinking and dispatched its inflatable boats for the search and rescue operation.

Southern Mindanao’s medical team, together with an ambulance, the Davao Fire Fighter Rescue Services (DFRS), and the Bureau of Fire Protection (BFP)-Davao had all prepositioned at Sta. Ana Pier to assist the victims.

Maganto said all the 45 passengers were successfully rescued and were given first aid treatment, especially to one Jalyssa Reville, who suffered right shoulder pain and hyperventilation.

He added that around 8:45 a.m., the watercraft was towed to the shore.

Based on initial investigation, the MBCA Sam Christoffer was en route to the Coral garden, Island City Garden of Samal for an island hopping tour when the incident happened.

Maganto also said that based on the boat captain’s accounts, while they were conducting backing maneuver, their propeller got entangled with the mooring lines underwater that resulted in the sinking of MBCA Sam Christoffer.

The Coast Guard Davao, together with the Maritime Industry Authority (Marina), conducted further investigation and advised the boat captain to file a marine protest.

Meanwhile, Davao City Police Office Director Alexander Tagum said that when they received the report, they immediately sent their Mobile K30 to conduct an initial investigation.