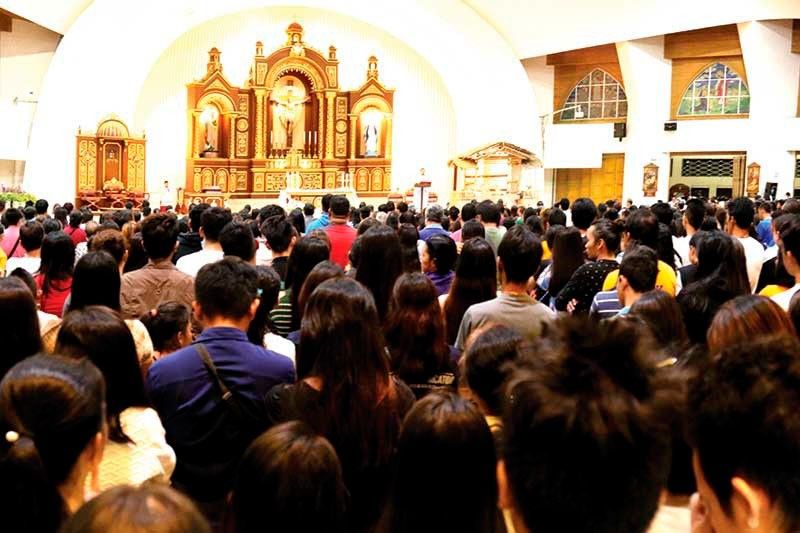 SAME BOAT. In the Cebuano Oratio Imperata to End the Spate of Killings in Cebu, there is no delineation between those who lead and those who follow. We all undertake this process we call democracy. (File Foto)

THE prayer reminds us of the daily work that remains to be done.

A week after the May 13 midterm elections, early-morning risers gathered to hear mass at the Sacred Heart of Jesus Parish Church in Pajac, Lapu-Lapu City. The laity assisting the priest were elderly women and men who greeted each other and chatted about families and ailments from long familiarity. Some were proceeding to work after the mass. The priest and the faithful sang a birthday song at the end of the mass for a member of the community marking another golden year.

After the Eucharistic celebration, the small but tight community kneeled to invoke divine intervention by praying in unison an oratio imperata (prayer of special intentions) that the Archdiocese of Cebu released in mid-August 2018 after Cebu witnessed an unprecedented surge in extrajudicial killings. The prayer is read at the end of every mass in the parishes of Cebu.

Like labor organizers, the Christian faithful believe in strength in consolidation. The oratio imperata seeks for the faithful the courage to oppose evil and do good, as well as resist the ways of corruption. The prayer specially seeks divine intervention to awaken the consciousness of the apathetic, pierce the hearts of those who condone the summary executions and the violence and comfort those who are bereaved and still seeking justice for their slain loved ones.

The challenge then is for the Roman Catholic Church clergy, religious and laity to overcome the tendency to slide into rote repetition of the oratio imperata as meaningless ritual when every line uttered in beautiful, mellifluous Cebuano invokes not just divine blessings but reiterates also the human dimensions of living one’s faith through respect for and co-existence with one’s neighbors.

The church has not issued an oratio imperata to unite the community after the midterm elections, conducted a week ago but which, amidst irregularities, allegations, and controversies, disrupts the fragile stability and volatile harmony of the nation down to the grassroots.

While the election is, in theory, an essential mechanism making possible people’s participation in democracy, the realities are frequently far from congenial and gainful. Instead of uniting different groups and sectors into a community that recognizes fellowship and collaboration, an election frequently stratifies a community into clashing allegiances exploited by leaders with a personal agenda that only pay lip service to public good.

Thus, for Filipinos who view and practice good citizenship as extensions of their faith, the Oratio Imperata to End the Spate of Killings in Cebu is more meaningful and urgent than ever. All communities across the nation face myriad challenges, from trade in illegal drugs and the culture of violence and impunity targeting the marginalized to intolerance and hatred of other religions and the heedless disregard for ecological conservation and sustainability.

A new batch of public servants has been recently elected. These leaders should not be left alone to solve the problems “inherited” from predecessors. Leaders are ineffectual without the community to mobilize and provide support for plans and programs benefiting the people, but also to monitor these officials’ translation of electoral platforms and promises into programs and outcomes, ventilate feedback and criticism and generally participate and share the stake in governance.