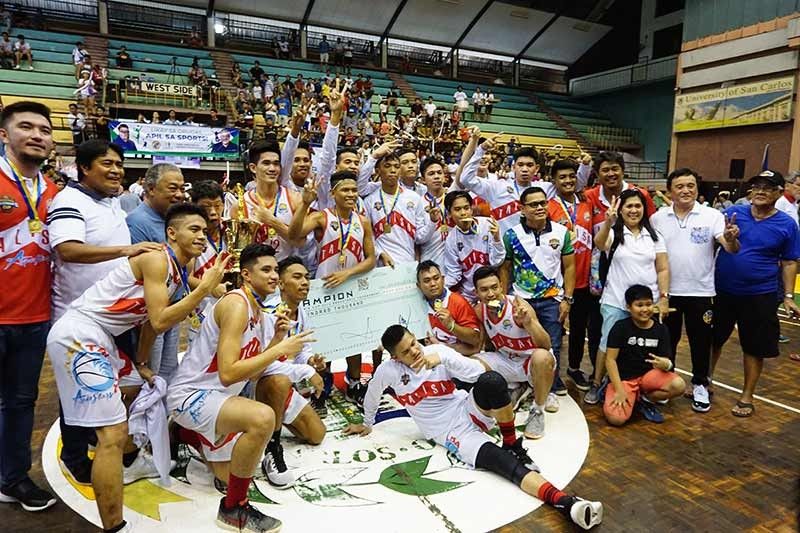 BACK TO BACK. The Talisay Aquastars celebrate after winning their second straight Governor’s Cup title over Mandaue City. (SunStar Photo/Alex Badayos)

FOR the past three seasons, the Governor’s Cup Inter-Cities/Municipalities Basketball Tournament found gems in the rough across the province, said a Cebu Provincial Sports Commission (CPSC) official.

“The league provided exposure to the young basketball players, especially those who are from the far-flung areas,” said CPSC sports development officer Brando Velasquez when sought for an assessment after the league’s three seasons.

He said some players who played in the Governor’s Cup have been recruited or are now playing for schools in Cebu and even in Manila.

“These players now play in higher level competition like the Cesafi (Cebu Schools Athletic Association Inc.) and leagues in Manila like UAAP and NCAA,” he said.

He added that in the first season alone, around 20 athletes were offered scholarships from various schools.

“The young players from the province usually go to the city to try out. But when they play in the Governor’s Cup, they get discovered and were recruited directly to play for a certain school,” he said.

The Talisay City Aquastars ruled the 2019 and 2018 seasons after Minglanilla Archangels won the inaugural season. Both teams are from the 1st District of Cebu.

The Aquastars bagged back-to-back crowns after a thrilling Game 3 win against the formidable Mandaue City Ballers, 74-69, more than a week ago at the University of San Carlos gym.

Velasquez also pointed out that every season, they saw improvements from the players and the overall performance of the teams.

“We conducted coaches seminars and they helped improve the game of the teams,” said Velasquez, adding that the teams from the far-flung areas have adopted a certain basketball system.

The province-wide basketball tournament organized by the CPSC and the Cebu Provincial Government was conducted for the players aged 21 years old and below. (RSC)