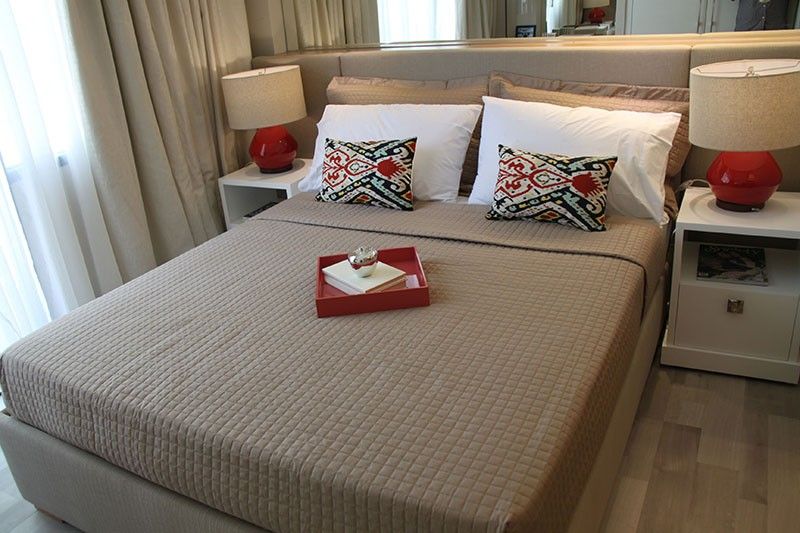 SAME AMENITIES, LOWER RATES. This condominium showroom shows potential buyers what they can do with their properties. With many homeowners choosing to list their properties on Airbnb, hoteliers are feeling the loss of the market. (SunStar File Photo)

THE Hotel, Resort and Restaurant Association of Cebu (HRRAC) wants the Department of Tourism (DOT) to regulate Airbnb as its presence in tourism-centric destinations like Cebu is not giving hotel players a level playing field.

Although hotel players in the past said Airbnb has not affected their market share stature, the proliferation in the country of Airbnb, which remains unregulated, is slowly eating up their numbers.

“Airbnb is eating up the market of the hotels,” said HRRAC president Carlo Suarez, also the general manager of Cebu Grand Hotel.

The HRRAC official admitted that it was in January this year, during the Sinulog month, when they felt Airbnb‘s impact, alongside the presence of homestays and condo-hotel segments snatching up a share of the pie.

“We are actually coordinating with the DOT as they will come up with the standard for accreditation (for Airbnb). We are interested to know the guidelines they will set for this new player,” said Suarez.

A report said the DOT is looking to discuss plans of accrediting Airbnb units with the private sector, as the demand for cheaper accommodations continue to rise.

“We have to talk to the private sector on how to accredit because that’s our problem, we cannot accredit them,” Tourism Secretary Bernadette Puyat said in a report.

Hoteliers, according to Suarez, have been complaining about the unhealthy competition with the entry of this home-sharing site.

Suarez said Airbnb clients are not paying taxes, as they are not given receipts during their stay unlike in hotels. Airbnb also offers lower rates, depending on the location.

A condominium unit listed on Airbnb located at the Cebu IT Park offers a daily rate of P1,500 compared to an average city hotel rate of P3,000.

But their main concern is the issue of ensuring the safety and security of guests.

Suarez said they question the safety and security policies of these properties when Airbnb hosts don’t know who is going in and out of their place.

Tourism stakeholders have been investing in various initiatives to ensure Cebu’s image so it can continue to enjoy a big volume of local and foreign travelers.

Suarez said they don’t want the province to be tagged as an unsafe place to visit in the global tourism map.

During the recently concluded Pacific-Asia Travel Association (Pata) Annual Summit 2019 held this month in Cebu City, Nathan Blecharczyk, co-founder and chief strategy officer of Airbnb and chairman of Airbnb China, said Airbnb is open to work with government regulators to help build long-term business in the cities they are operating.

He said that while this new paradigm of “shared economy” does not fit well (yet) to existing regulations, they are willing to build allies with government regulators so both parties can take take advantage and win in this age of technology disruption.

“Short-term rental is here to stay, (that’s why) we recognize the need to build allies with the government in building long-term business,” he said.

Amid its growing popularity, Airbnb is facing varying forms of treatment over its operations because of legal issues such on pricing and taxes.

Japan, for instance, limits home-sharing to 180 days a year, besides requiring the hosts to register the property.

But despite these issues, many still list their properties on Airbnb, as it offers homeowners an average monthly potential income of P34,828, according to Airbnb’s website.

Airbnb unit owners are given full control of availability, prices, house rules and how they interact with guests.