Love-Negros pulls in 17 of 31 mayors in NegOcc 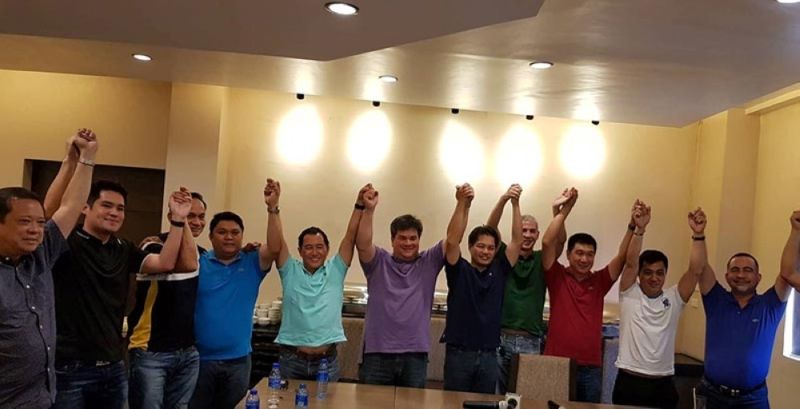 MAJORITY of the incoming Mayors of the 31 local government units in Negros Occidental belong to Love-Negros (LN).

Official results from the Commission on Elections shows that the LN mayors won in 17 of 31 local government units (LGUs) in the province.

On the other hand, mayors of rival United Negros Alliance won in 14 LGUs.

It also seems that LN has the numbers in the Provincial Board (PB) though its presiding officer Vice Governor-elect Jeffrey Ferrer is from Unega.

The LN has Board Members Rommel Debulgado and Araceli Somosa-1st; Manuel Frederick Ko and Andrew Montelibano- 3rd and Agustin Ernesto Bascon of the 5th district.

Ex officio members Juvy Pepillo of the Association of Barangay Captains and Pocholo Yuvinco of the Youth Council are also allied with LN. The Philippine Councilors League still has to choose a new president to sit in the PB.

For Unega, it has Board Members Samson Mirhan and Sixto Guanzon- 2nd; Jose Benito Alonso and Victor Javellana- 4th; Rita Gatuslao of the 5th and Valentino Miguel Alonso and Jeffrey Tubola- 6th district.

For district representatives, there were three from LN and four from United Negros Alliance.

Gerardo Valmayor of the 1st district, Francisco Benitez and Genaro Alvarez of the 6th district won it for LN while for Unega had Rafael Cueva of the 2nd district, Juliet Marie Ferrer of the 4th district and Ma.Lourdes Arroyo of the 5th district. (TDE)