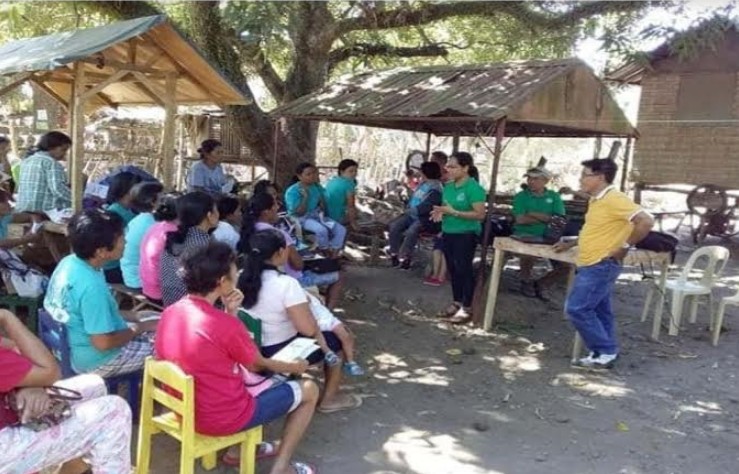 BACOLOD. Members of the quick response team of the Provincial Veterinary Office conduct an information and education campaign to the residents of Barangay Bagroy in Binalbagan town, within the five-kilometer radius, following the suspected human rabies death in the area. (Contributed Photo)

THE Provincial Veterinary Office (PVO) of Negros Occidental conducted a quick response in Barangay Bagroy, Binalbagan town following a suspected human rabies case that resulted to the death of an eight-year-old resident.

The team composed of veterinarians from PVO’s Animal Health Division, Laboratory Services Division and District Field Unit personnel was deployed at the area on Friday, May 17.

They started conducting field investigation, quick response dog vaccination and information and education campaign (IEC), along with Binalbagan Municipal Agriculture Office and para-veterinarians in coordination with the barangay council.

Decena said this will cover the entire barangay and neighboring areas within the five-kilometer radius.

It can be recalled that a dog from the same barangay had been tested positive of rabies in October last year.

The neighboring barangay of Cabadiangan in Himamaylan City also had several canine rabies cases in 2018.

“We are reminding the residents of these barangays and surrounding areas to be highly vigilant and immediately report to proper authorities any presence of rabid dogs or ‘ido buang’ to prevent it from harming the community,” he said, adding that reporting is also vital to prevent the spreading of the disease to other dogs.

Data obtained by SunStar Bacolod from PVO showed that there are already seven positive cases of canine rabies in Negros Occidental this year.

Three of which are in Himamaylan City, and one each in Candoni, San Carlos City, Silay City and Bacolod City.

For suspected human deaths due to rabies, there are eight. Two of these cases are reported in Himamaylan City, and one each in Bago City, Moises Padilla, Sagay City, Cauayan, San Carlos City, and the latest in Binalbagan.

Dr. Ryan Janoya, head of Animal Health and Meat Inspection Services Division of the PVO, said the girl-victim was bitten by a dog owned by one of their neighbors last February.

She then died on May 11, Janoya said.

“The residents immediately killed and buried the dog,” he said, adding that “they were not able to report it to the local government unit (LGU) thus, no sample was taken.”

Moreover, PVO is also coordinating with the neighboring LGUs of Isabela and Himamaylan to ensure that dogs in the border barangays have received appropriate vaccination.

It again urged the public to be responsible pet owners through one, having their dogs vaccinated regularly and preventing them from roaming the streets.

All dog bite victims are also advised to seek appropriate medical attention as soon as possible since rabies has no treatment once the symptoms start to manifest, it added.