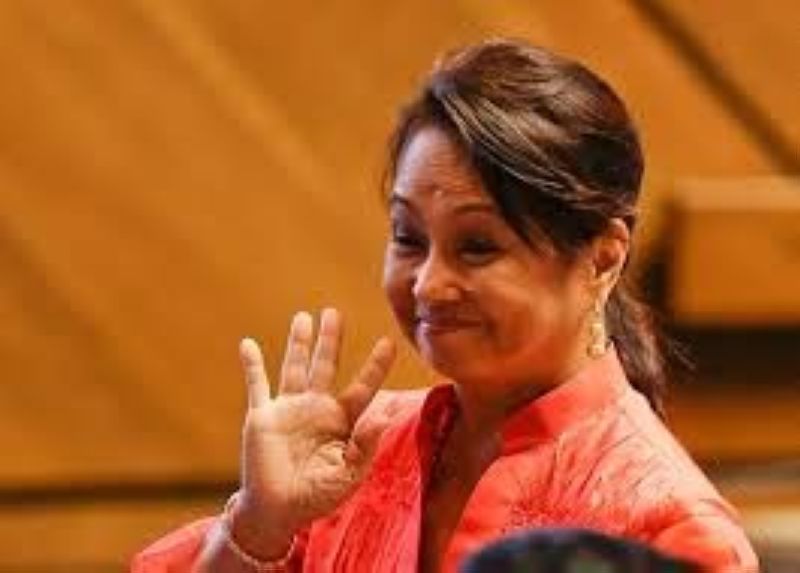 HOUSE Speaker Gloria Macapagal-Arroyo on Wednesday, May 22, urged the Senate to act on 11 priority bills that have been approved by the Lower House to achieve the legislative agenda of President Rodrigo Duterte in the last three weeks of the 17th Congress.

In a May 21 letter to Senate President Vicente "Tito" Sotto III, Arroyo listed 12 bills that the President identified in his 2018 State of the Nation Address. Copies of the letter were distributed to reporters Wednesday.

Of the 12, 11 have been approved by the House but remain pending in the Senate.

"We await the action of the Senate and stand ready to adopt the Senate version in the interest of speedy legislation," Arroyo stated in her letter.

She said the main priority of the House in the last three weeks of this Congress is to pass the bill creating the Coconut Industry Trust Fund, which was vetoed by the President.

A revised version, which Arroyo hoped "conforms more to the policy direction of the Executive", was re-introduced in the House.

The 11 House-approved measures that await Senate action are:

5. An Act Establishing the Fiscal Regime for the Mining Industry

6. An Act Amending the Excise Tax on Alcohol Products

7. An Act Increasing the Excise Tax Rate on Tobacco Products

8. An Act Instituting Reforms in Real Property Valuation and Assessment in the Philippines

10. Resolution Proposing the Revision of the 1987 Constitution

11. An Act Expanding the Scope of the Reformation and Rehabilitation of Children in Conflict with the Law and Strengthening the Social Reintegration Programs.

These bills comprise the priority legislative agenda of Duterte, the Speaker said.

Members of the 17th Congress will serve until June 30, 2019. The newly elected House representatives and 12 senators, together with the remaining 12 senators, will serve under the 18 Congress beginning noon of June 30. (MVI/SunStar Philippines)