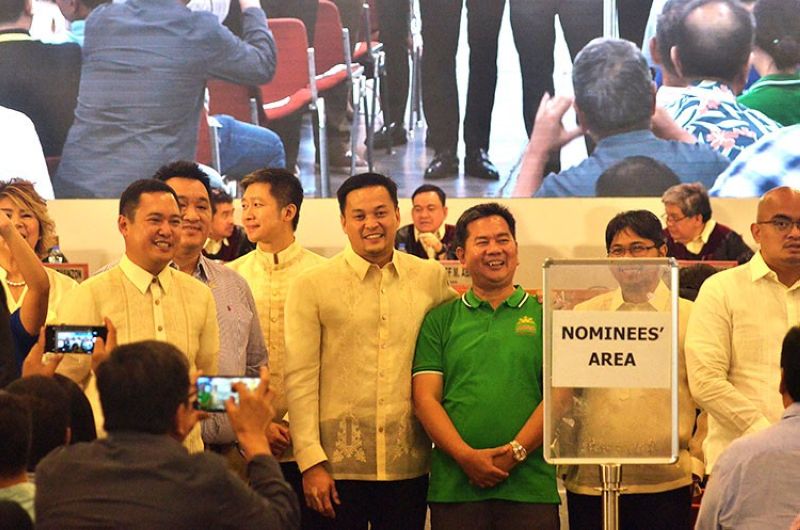 MANILA. Some of the nominees during the proclamation of winning party-list groups Wednesday, May 22, 2019. (Joshua Calib)

MANILA (Updated) -- Fifty-one party-list organizations are now entitled to the 61 seats at the House of Representatives when the 18th Congress opens, said the Commission on Elections (Comelec).

In the proclamation ceremony for party-list groups held by the National Board of Canvassers (NBOC), a total of 51 groups out of the 134 party-lists were proclaimed as winners in the May 13 polls.

"The Comelec en banc, sitting as the NBOC of party-lists, hereby declares the following party-list groups as winners in the party-list elections of 2019, entitled to the total number of seats indicated in the respective names to serve for a term of three years beginning at noon of June 30, 2019," stated the NBOC resolution that was read during the proclamation ceremony Wednesday, May 22.

Based on the list provided by the Comelec, the top vote-getter among the 134 party-list groups that ran last May 13 and is allocated with three seats is the Anti-Crime and Terrorism Community Involvement and Support (ACT-CIS).

Also getting three seats is the second placer and left leaning Bayan Muna.

In computing the allocation of the 61 seats for party-list representatives, the Comelec used the formula provided by the Supreme Court in its 2009 ruling on the Banat versus Comelec case. (HDT/SunStar Philippines)