Fire guts down 13 houses in Dumaguete 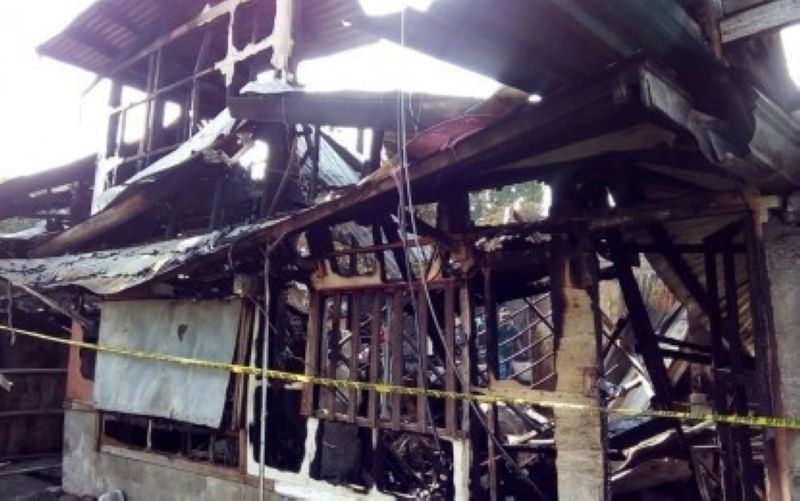 A FIRE razed 13 houses in a densely-populated area in Purok Germilina, Barangay Bagacay, Dumaguete City on Sunday, May 19.

No one was injured in the blaze that broke out around 10:50 a.m.

A total of 21 families were displaced by the fire that spread quickly even before firefighters and fire trucks arrived, said Fire Officer 1 Janrey Aguilar, investigator of the Bureau of Fire Protection (BFP) in this city.

“Initial investigation disclosed that the blaze is believed to have originated from the home of one Wilda Neiz,” he said.

According to Aguilar, it was not yet clear what had caused the fire but they are investigating possible defective electrical wirings or appliances, among other things.

He said that an unofficial head count of the barangay showed a total of 13 households and some 21 families were affected by the conflagration.

The victims were immediately evacuated to the barangay hall while some returned Monday to clean up their homes.