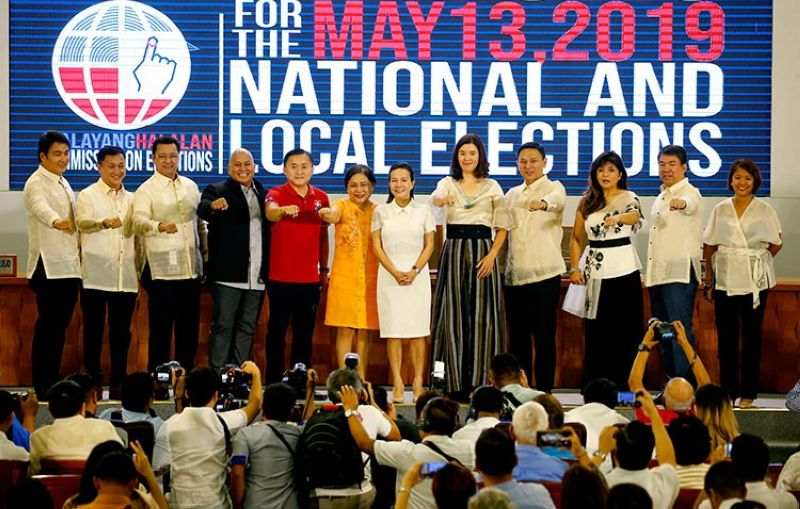 MALACAÑANG on Wednesday, May 22, prodded the 12 newly-proclaimed senators to help President Rodrigo Duterte achieve his legislative agenda to improve the lives of the Filipino people.

The Palace made the call as it congratulated the "victorious" senatorial aspirants.

"The Palace joins the Filipino people in congratulating the 12 victorious candidates for senator who have been entrusted with the mandate of legislating new policies and programs they commit to refine the current legal framework of the country. Congratulations to all of them," Presidential Spokesperson Salvador Panelo said in a statement.

"We express confidence that these newly-proclaimed senators will be fealty to their oath, loyal to the Constitution, (and) obedient to the laws of the land and (to) our people. That means all of us are confident that they will do their best as legislators and enact laws which are not only conscientious but beneficial to the welfare of the nation and its citizenry," he added.

Panelo's statement came after the Commission on Elections, sitting as the National Board of Canvassers, officially proclaimed Wednesday the 12 senators-elect.

Only three - Poe, Binay, and Lapid - won the May 13 midterm elections even without the endorsement of Duterte.

Panelo said the executive was optimistic that all senators, including those who are not allied with Duterte, would focus on public service rather than resort to "excessive politicking."

"After a grueling battle, it is hope that every protagonist lays down their political sword and vow to the will of the electorate by giving their preferred choices a chance of leading the country towards progress," he said.

"So we call on everyone and all sides of the spectrum to have a moratorium in what appears to most of us as excessive politicking that has only caused more divisions amongst us. Now that political dust has settled with the proclamation this morning of the winners, it's the perfect time for nation building and for those who triumph to focus on public service," he added.

Panelo said the Palace was expecting the newly-elected senators, as well as incumbent senators, to support the President's policies and programs that are beneficial to the country.

"Join the President in his dedication of spurring inclusive and sustainable socio-economic development, implementing the nation's most ambitious infrastructure program, and creating a foundation for the establishment of a society that will provide lasting peace for the Filipino people, as well as comfortable lives," he said. (SunStar Philippines)