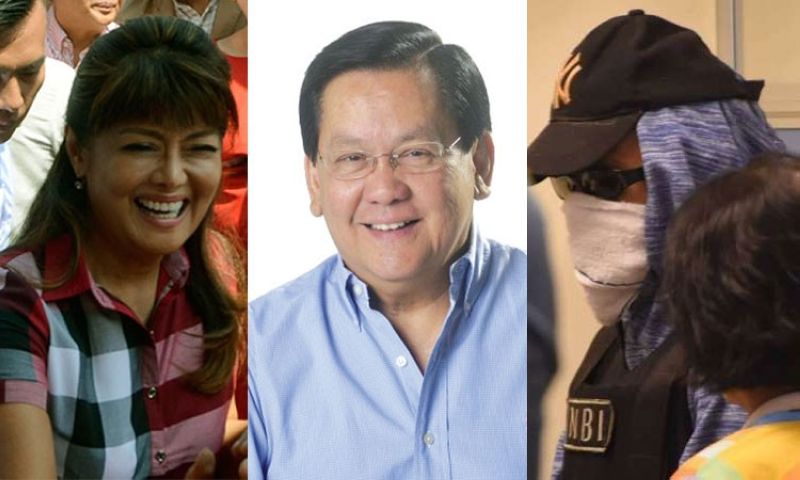 * THE KILLING OF 'NINJA, NARCO COP.' Gunned down Tuesday (May 21) by killers on motorcycles, a few minutes after he had left a court hearing, Police Captain Delfin Bontuyan was suspected ("insinuated," said PNP region chief Debold Sinas) of being a "narco cop" (drug trader) and a "ninja cop" (drug trade protector). He was reassigned out of Cebu in 2016; his last assignment was the Sulu police office. There will be an investigation -- on why he was in Cebu when the order was for police to stay at their mother stations for the elections.

* IMEE MARCOS PROCLAIMED. Among the candidates whom a number of people didn't want to see win a Senate seat was Imee Marcos. She was proclaimed Wednesday (May 22), placing No. 8, with 15,882,628 votes.

Were it not the peak of the election season, it would've been splashed more prominently in news platforms. But the ruling of Lapu-Lapu City panel of three prosecutors issued the resolution on May 7 and released to media three days before election day, on May 10, when most everyone's interest was on the fever-pitch campaign and election stories dominated media prime space and time.

While its content was already expected, still speculations were rampant that the teenage suspect, former boyfriend of 16-year-old murder victim Christine Silawan of Lapu-Lapu City could be included in the information that will be filed in court. His lawyer conceded that it was among the probabilities.

Some unsettled points that the prosecutors' ruling laid to rest, at least at their level or stage of the crime investigation:

* The teenage suspect, Christine's ex-boyfriend, was dropped from the complaint. No sufficient evidence, said the panel. The NBI theory that Christine had an active conversation with her before the killing was "not substantiated" by evidence from her Facebook account. NBI contended that the boy was last seen with her, which the prosecutors said was not supported by evidence.

* The charge against Renato Llenes, 42, was only for murder of

Christine, Grade 9 student of Maribago National High School, who was found dead last March 11 on a vacant lot in Mahayahay, Bangkal, Lapu-Lapu City. And no other person was charged; meaning, no other co-principal or any accomplice to the crime.

* Rape or attempted rape was not included. Llenes wanted to rape her but could not do it.

* Even without Llenes's confession to the killing, prosecutors still found in CCTV images and statements of witness "probable cause" against the self-confessed killer.

The turn of events in the Silawan murder recalls the ordeal of Bella Ruby Santos who went through the ordeal of a trial for the kidnapping and killing of six-year-old Ella Joy Pique in 2011. Bella Ruby was acquitted. The killer or killers to this day still have to be identified, arrested and prosecuted.

The boy suspect in the Silawan murder -- a child in conflict with the law (CICL) -- has just been spared Bella Ruby's suffering as an accused. It could've been worse for the ex-boyfriend; he is 17 going on 18. Bella Ruby was 38 during trial.

Even as the public demands quick solution to high-profile, sensational

cases, it also does not want a rush to judgment that cuts corners, disregards due process, and, worse, fabricates evidence, which results in the charge being thrown out of court.