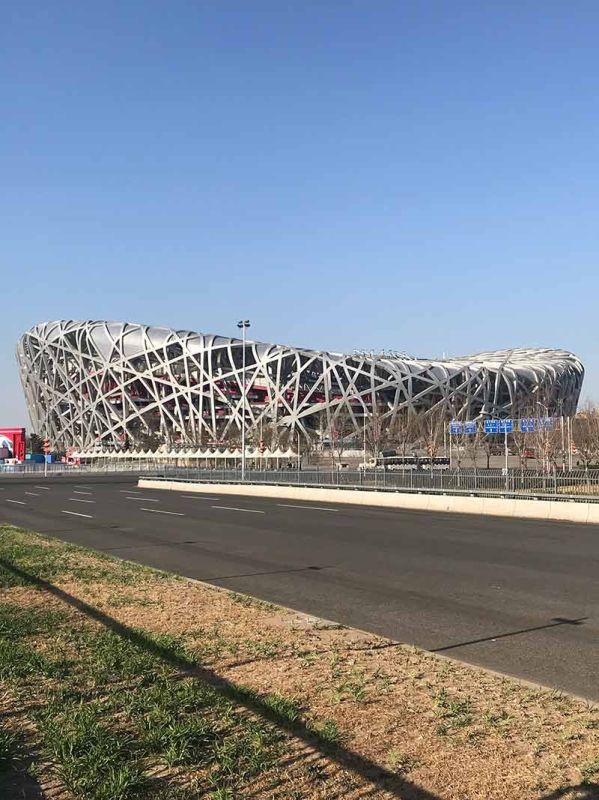 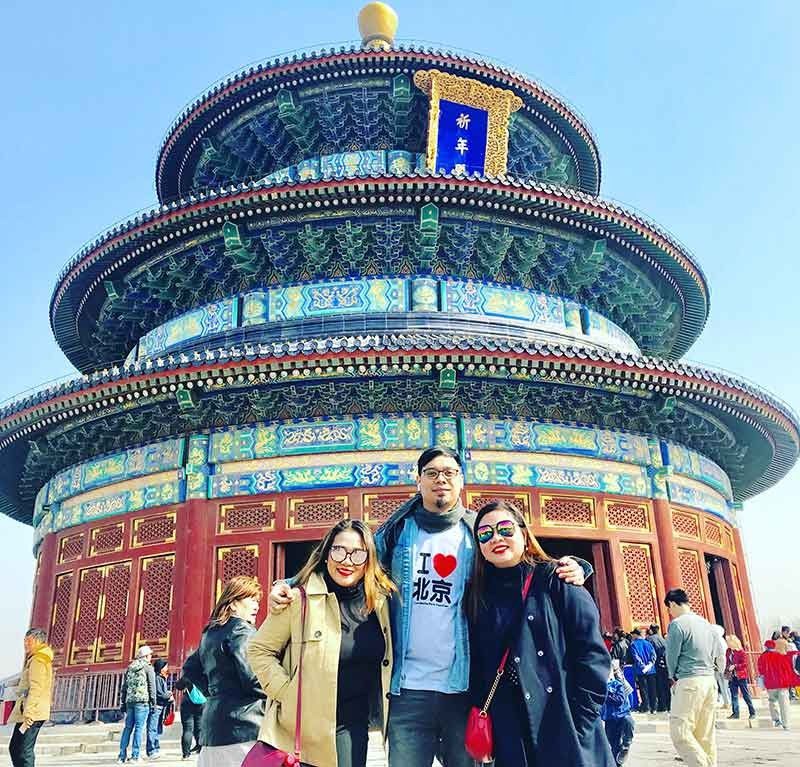 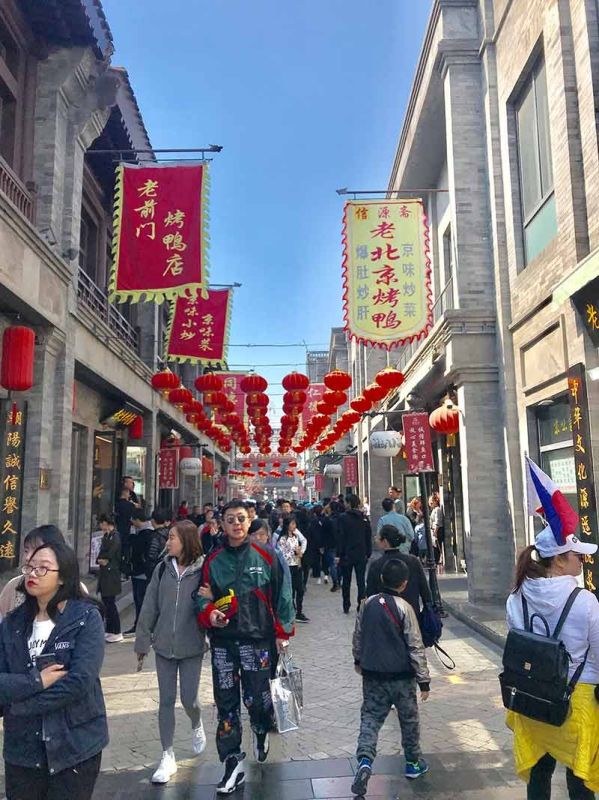 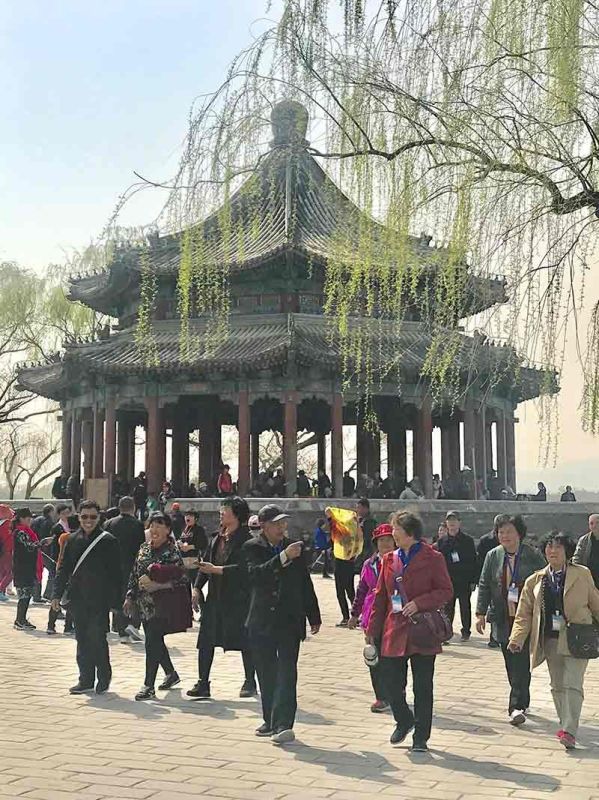 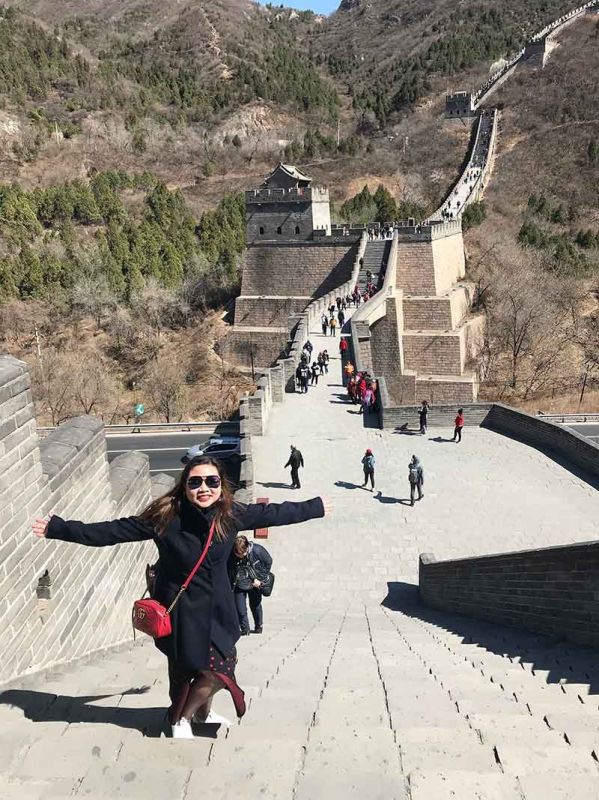 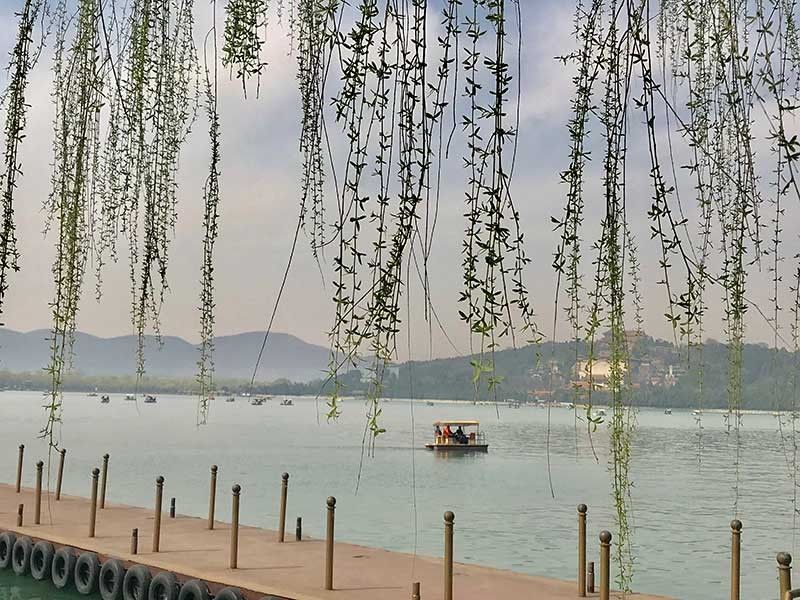 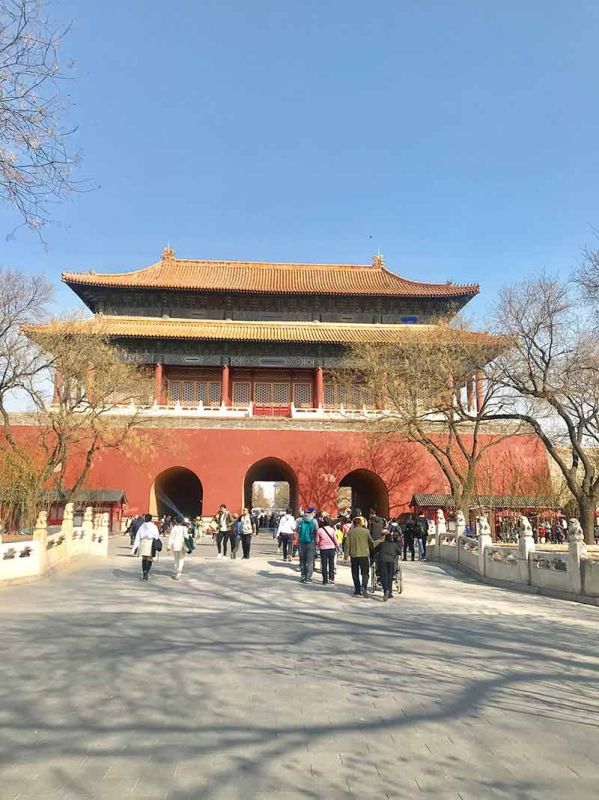 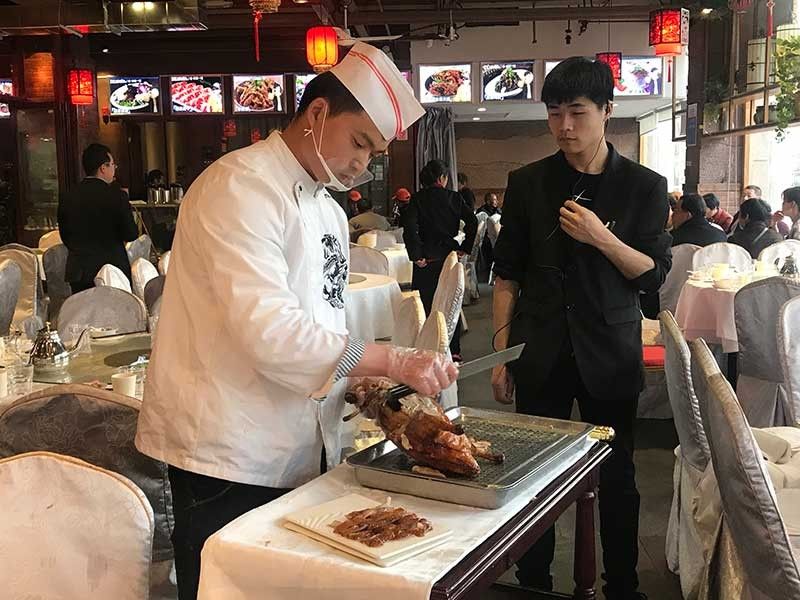 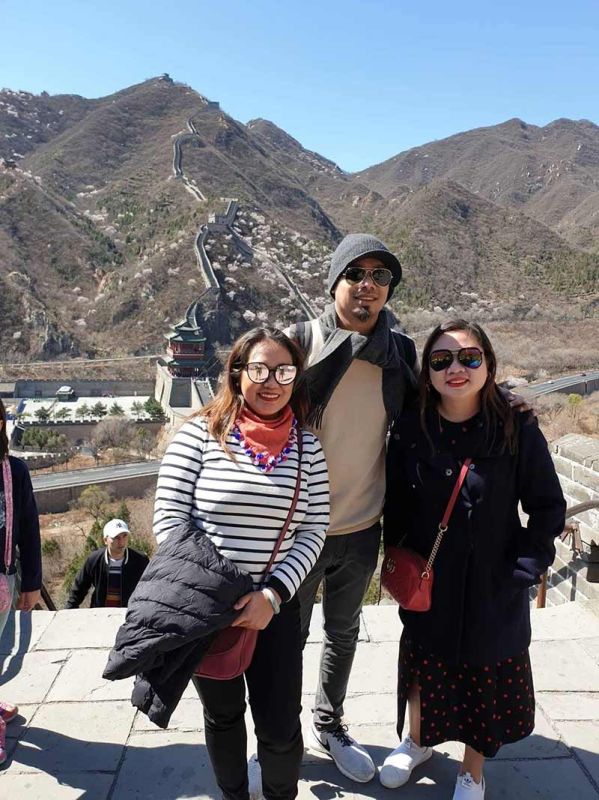 TOGETHER AT THE GREAT WALL. Kremheild Real and Wilby Ramchand with the writer. (Photo by Katrina Avila)

IF THERE is one place on earth that is rich in history, Beijing is definitely at the top of my list. The capital of the People’s Republic of China, it is traditional yet vibrant. While full of history, it is also very modern and fast-paced. When a friend of mine invited me to join her to go to Beijing, I simply could not refuse for the simple reason that visiting the Great Wall of China has always been a part of my bucket list. We flew to Beijing from Cebu with Sichuan Airlines. As soon as we arrived in Beijing, we were greeted by our tour guide and had a sumptuous lunch. After which, we immediately started to walk around Qianmen street, a famous part of Beijing that dates back to the Ming and Qing dynasties. At that time, it was a popular commercial street where one could find stores for jewelry, workshops and artisans. En route is Tiananmen square. Known as the “Square of the Gate of Heavenly Peace”, it is one of the largest squares in the world. Next to the square is the Forbidden City, a walled section that houses the Imperial Palace. It is where the Chinese emperors, their families, staff and government officials used to live during the Ming Dynasty up to the Qing Dynasty for almost 500 years. Considered as the most significant symbol of ancient Chinese government, it is a Unesco World Heritage Site. The next day we went to visit one of China’s many jade shops. Jade is a stone highly prized by the Chinese. Upon entering the shop, we were greeted by a guide who gave a thorough explanation about jade carving, its health benefits and other qualities. After which, we were free to browse the shop and buy souvenirs. Next stop was the famous Great Wall of China. The longest wall in the world at over 21,000 kilometers, its height is between five to eight meters. Part of the new seven wonders of the world as well as a Unesco heritage site, it is actually a series of fortifications made of various materials like tamped earth, brick, stone and wood, built to protect Chinese states and empires against raids and invasions once-upon-a-time. Climbing the Great Wall is a breathtaking, exhilarating and unique experience one must really try. The next day we went to visit the Temple of Heaven. It was an important place of worship as the emperors of the Ming and Qing dynasties came to this imperial temple to pray for a good harvest. With its Chinese landscape garden design, the Summer Palace is a masterpiece. A summer resort for the Qing dynasty’s royal family, it is simply beautiful with its many lakes and palaces. Many marvels The Beijing National Stadium, also known as Bird’s Nest, is one of the engineering marvels of the world. The largest steel structure and most complex stadium ever constructed, it was designed for the 2008 Summer Olympics. Alongside is the Beijing National Aquatics Center, also known as The Water Cube, built for swimming competitions of the same Olympics. One must not leave Beijing without having a taste of its famous Peking duck. A dish that has been prepared since the imperial era, the meat has a thin crisp skin often eaten with spring onion, cucmber and sweet bean sauce (Hoisin sauce) with pancakes rolled around the filling. Another must-try is the different tea houses in Beijing, which will give one an idea of how tea is properly served, poured, and which to drink for a particular ailment. Beijing is truly an amazing city. I am in awe at its ancient traditions, history and the stories the city has to offer. The Great Wall is definitely a must-see, to experience its grandeur and feat of engineering. As the saying goes “until you reach the Great Wall, you’re no hero.” Simply put, we need to set goals in order for us to reach our final destination. So I say, “Cheers!” to our next destination.