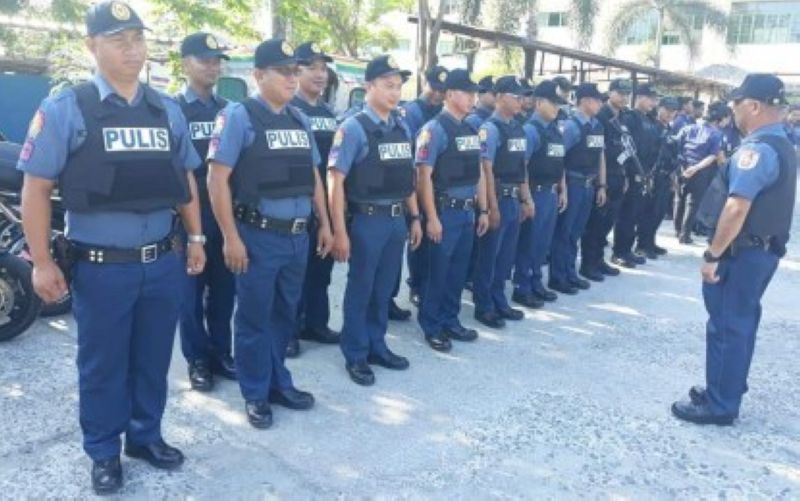 PANGASINAN. The Pangasinan Police is on full alert status until June 12, the end of the election period. (Photo courtesy of Dagupan City Police Station)

LINGAYEN, Pangasinan -- The 2,400 policemen deployed all over the province remain on full alert status even after the May 13 midterm elections.

“We still have 30 days after the election day, before the period officially expires. But we will still maintain the alert status because election-related incidents could still happen even after May 13,” said Colonel Wilson Joseph Lopez, Pangasinan Police Provincial Office (PPPO) director, in a radio interview on Monday, May 20.

Lopez denied the shooting incidents days after the polls are election-related.

Among the incidents recorded is the killing of lawyer Val Crisostomo in Dagupan City, a couple in San Fabian, and the incumbent barangay treasurer in Calasiao town.

“With regards to the case of Crisostomo, we have already talked to the family of the victim and following the incident we have formed a task group composed of the Crime Investigation and Detection Group; intelligence department of the PPPO and the Dagupan City Police Station,” he said.

The Pangasinan police now have a person of interest concerning the case of the couple shot in San Fabian town, while a case has been filed against suspects in the killing of the barangay official in Calasiao town identified by the victim’s godson who was with him when the shooting happened.

“We are continuously gathering (pieces of) evidence to solve these crimes,” Lopez said.

He also appealed to the public to coordinate with the police for information.

“We thank our province-mates for their support during our election. We ask that they continue to help us in maintaining peace and order in the province,” he added.

Meanwhile, the 539 augmentation forces coming from the Police Regional Office and 269 members from the Armed Forces have already returned to their regular assignments after serving in the province during the Election Day and preceding days. (PNA)