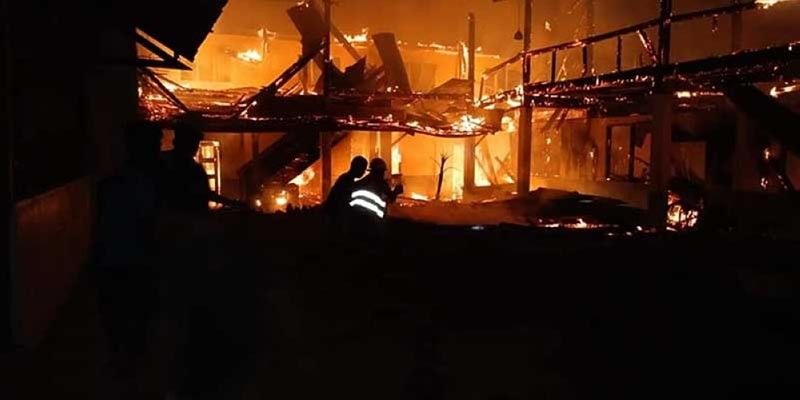 THE Bureau of Fire Protection (BFP)-Davao noted that some government-sponsored buildings, like public schools, do not adhere to fire safety standards and have not secured building permits.

Speaking during the AFP-PNP press forum on Wednesday, May 22, BFP-Davao Public Information Section Fire Chief Inspector Cyrus Medina said that during their inspection in some schools in the region, they sighted rampant violations like improper installation of electrical wirings that may cause fire.

Based on their record as of April 2019, there have been a total of four fire incidents involving school facilities.

Medina said there are some contractors of the government projects that do not secure building permits.

He advised them to go through the process, follow building code, electrical code, and the fire safety code. After they have processed their building permit, the application will go to their office and that’s the time they can conduct the necessary inspection.

He requested the Department of Public Works and Highways to require government-sponsored projects to have building permits, as well as the contractors to ensure the quality of the buildings to avoid any disastrous accidents like fire.

“Naa sa balaod nga i-endorse sa Bureau of Fire Protection unya pag naa na sa amoa (It’s in our law to endorse the projects first to the Bureau of Fire Protection then), we will conduct the inspection so per inspection man gud dili lang fire safety among ginatan-aw kundili ang (it’s not only the fire safety that we are looking at but also the) structural stability also, the overall safety of the structure,” he added.