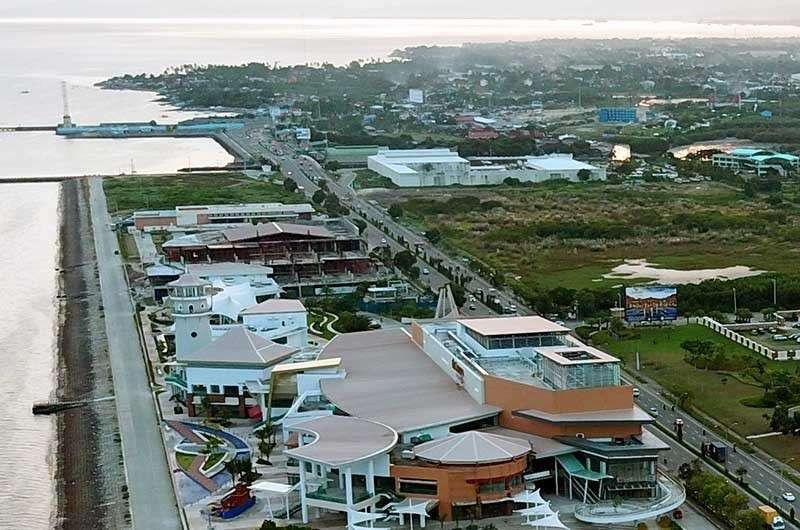 THE Cebu City Government now has at its disposal the P8.35 billion the consortium of developers had paid for the development of a portion of the South Road Properties (SRP).

The Court of Appeals (CA) 18th Division has upheld a lower court’s decision that the sale of a portion of the SRP to the consortium was legal and the contracts binding.

In a decision promulgated on April 30, 2019, the CA dismissed the appeal of lawyer Romulo Torres to the decision of the Regional Trial Court in Cebu City dismissing his action for declaratory relief.

With the decision, Cebu City Councilor Raymond Garcia, a lawyer, said the consortium can also proceed with the development of the 45.2 hectares of SRP land it bought in 2015.

The consortium—composed of Filinvest Land Inc., SM Prime Holdings Inc. and Ayala Land-Cebu Holdings Inc.— can also proceed with the development of the 45.2 hectares of SRP land it had bought in 2015.

The land has been idle because Torres, in his capacity as a taxpayer of Barangay Basak San Nicolas, Cebu City, had filed a petition for declaratory relief and injunction to stop City Hall from using the proceeds of the SRP lot sale.

Garcia said the administration of mayor-elect Edgardo Labella can also collect the remaining balance from the consortium to complete the purchase of the SRP lots.

In a 14-page decision, the appellate court affirmed the decision of the RTC dismissing Torres’s case on the grounds that there was no actual case or controversy that the court had to resolve in the exercise of its judicial power.

Torres had said basic services that he and other residents of Cebu City are entitled to would be affected if the City was drowned in debt.

But the CA called Torres’s claims a general statement, which is not sufficient to constitute a legal right or interest for Torres to file the case.

The ordinance seeks to protect the SRP and its stakeholders from “unlawful and unauthorized transactions and dealings,” with a provision that requires specific prior approval from the City Council to sell, dispose, transfer or convey any of the properties in the SRP.

The resolution, passed two years after the ordinance, authorized then mayor Michael Rama to dispose of 45.2 hectares through a public bidding.

The 45.2-hectare SRP lot was sold to the consortium through a public bidding during the administration of Rama.

Out of the sale, the City received 50 percent of the purchase price of the lots.

Torres then filed his petition to declare the resolution invalid for being in conflict with the ordinance. The RTC dismissed the case, prompting Torres to file an appeal.

Rama, sought for comment, said the development was “another victory for the truth.”

The CA said, “All things considered, the Court finds no grave error in the Trial Court’s dismissal of the petitioner-appellant’s action for declaratory relief. Apparently, the elements of such action are wanting in this case necessitating its dismissal.”

In the decision, the CA also said that Torres has no cause of action or right to bring a suit in court against the members of the City Council.

While the case was pending appeal, Torres and Mayor Tomas Osmeña, who represented the City, asked the court to allow them to enter into a compromise agreement to settle the case.

The CA denied the joint motion for a compromise agreement because the agreement, the details of which were not made available, was contrary to law and public policy, which warrants its outright denial.

The CA said Osmeña, who represented the City in the compromise agreement, is not a party to the case because the members of the previous City Council were the ones being sued. (RVC)