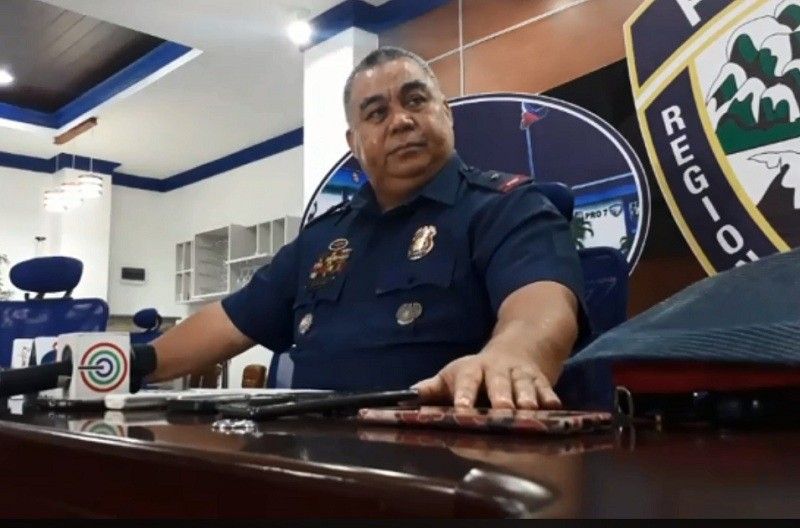 SLAIN Police Captain Delfin Bontuyan’s alleged involvement in the illegal drug trade and conflicts he may have had with drug personalities are among the possible motives the police are considering, Police Regional Office 7 Director Debold Sinas said.

This, even if an earlier investigation by the members of the Regional Internal Affairs Service 7 did not find evidence proving his association to illegal drug activities.

Sinas, in a press conference on Wednesday, May 22, 2019, said Bontuyan was relieved from the Criminal Investigation and Detection Group (CIDG) 7 in 2016 after he was tagged as among the police personnel involved in illegal drug activities.

He sustained bullet wounds in the back and forehead.

Recovered from the scene were 11 bullet casings and P30,000 in cash, which he had reportedly withdrawn from an automated teller machine before he was shot.

Sinas raised the possibility of revenge killing by noted drug personalities, whom Bontuyan had engaged with when he was still with the CIDG 7.

“You know, he was with CIDG. He may have promised to solve cases, then he was relieved so the cases continued. They may be angry and decided to take revenge,” he said.

Bontuyan was active in anti-drug operations and had just come from a hearing of an illegal drug case on Tuesday when he was killed.

Police investigators will also check if Bontuyan is still in active service, since they received reports that Bontuyan was in Cebu during the 2019 midterm elections on May 13 when he was supposed to serve election duties.

“So we are wondering why he was here during elections when supposed to be, all personnel should have been recalled to their mother units to serve election duties. So, we are checking everything,” Sinas said.

After he was relieved from the CIDG 7, Bontuyan was transferred to Cordillera, then to another part of Luzon, then to the Autonomous Region in Muslim Mindanao (ARMM), said Bontuyan’s wife, Myra.

Myra did not deny that her husband was in Cebu even before the elections, but said it was because Bontuyan was scheduled to attend a series of court hearings related to formal complaints he filed when he was still with the CIDG 7.

“Daghan man gud na siyang dinakpan sauna sa CIDG pa siya (He arrested many people when he was still with the CIDG 7),” she said.

His daughter, Christine Claire, added that her father’s hearing schedules ran until next year. She said she knows this because she was the one who plotted out his schedule. Myra said Bontuyan was scheduled to return to Sulu at the end of May.

When sought for a statement regarding the investigation, she refused to comment further.

Christine said she still could not accept the death of her father, whom she said was a family man and her greatest inspiration and critic.

Christine said Bontuyan was supposed to retire from service in 2020, the same year she is expected to graduate from law school.

Bontuyan’s wake is in his house in Talamban, Cebu City and his burial is initially scheduled on May 31.

The family is yet to decide where to bury him.

Sinas was not convinced that Bontuyan’s death involved politics.

According to Sinas, they are not surprised with Osmeña’s “sympathizing” with police officers who have questionable records.

Sinas said that if Osmeña can accuse the police of having Bontuyan killed, they can also accuse him of being a protector of police officers who are involved in illegal drugs.

“Why should he (Osmeña) say it was the police? If it was true that Captain Bontuyan was involved in illegal drugs, then he is a protector. Anyway, he already made this allegation. We will also make our own assessment,” Sinas said.

Sinas admitted there was no evidence to tie Bontuyan to illegal drugs and criticized Osmeña for making statements without proof, likening the mayor to a fortune-teller.

He said Osmeña only seems to sympathize with police officers who have “questionable” character.

Osmeña and his son Miguel went to the crime scene on Tuesday, but Bontuyan’s body had already been taken to a funeral parlor.

Sought for comment, Osmeña said: “Why is Sinas trying so hard to divert attention away from the fact that Bontuyan’s daughter made a post on social media about being threatened by no less than Garma herself on election day?”

Bontuyan is not the first police officer who was reassigned to ARMM to be killed after attending a court hearing in Cebu.

SPO2 Francis Allen Villamor, a former member of the Cebu Provincial Police Office’s Intelligence Branch, was shot dead inside the Danao City Hall past 11 a.m. Thursday, March 21, 2019. Villamor had just attended a court hearing at the second floor of the building.