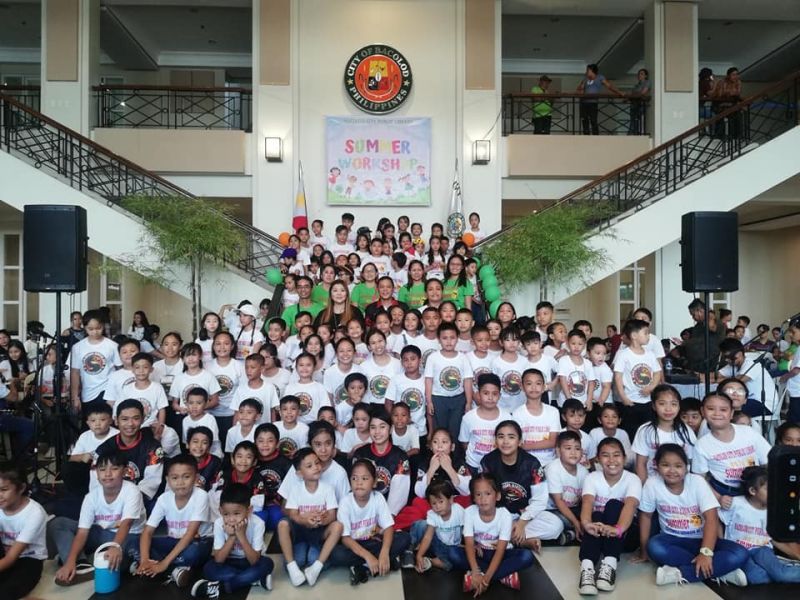 A TOTAL of 250 schoolchildren, aging 6 years old and above, have finished the Summer Workshop for Kids 2019 conducted by the Bacolod City Public Library.

These kids attended the culmination program at the Bacolod City Government Center lobby Tuesday, May 21,2019 where they staged a recital of their talents in singing, showcase their prowess in playing guitar and keyboard, and displayed their outputs in drawing.

Bacolod City Councilor Cindy Rojas, chairperson of the City Council committee on Family and Child Care Development, attended the culmination rites and congratulated the children, their parents, and the organizers for completing the workshop.

Bacolod City Librarian Greta Memoria said the courses and classes offered in their workshop are: basic drawing, voice, guitar, keyboard, taekwondo, and Photoshop, foreign languages (Korean, Japanese, and Spanish), and academic subjects such as English 6 and 9, and Mathematics 6 and 9.

Memoria also expressed her gratitude to the parents and guardians of the participants for attending the program, and for giving their children the chance to discover and enhance their talents and skills through the said program.

The workshop was held at the Bacolod City Library for almost a month (April 15 to May 21) for all subjects, and 10 days only for foreign languages.

They even have adults enrolled in Photoshop and in foreign languages classes, she said.

Memoria said this is now the 11th year of their summer workshop that started in 2008. (PR)