Sara Duterte dismisses man claiming to be 'Bikoy' as scam 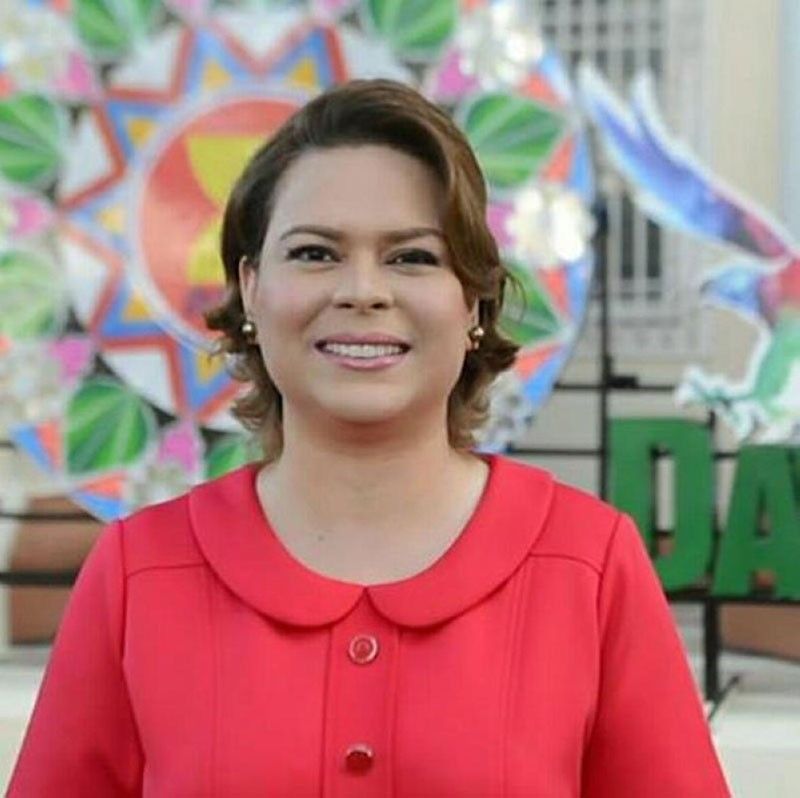 PRESIDENTIAL daughter and Davao City Mayor Sara Duterte-Carpio on Thursday, May 24, 2019, dismissed Peter Joemel Advincula and called him a "scam" created by a disorganized anti-administration group.

"This group is so disorganized they cannot even get to first base because the path to their objective is in disarray," she said.

"Kung ako leader ng grupo na ito (If I were the leader of this group), I will shoot myself in the head, get rid of the brain that is not useful," she added.

The feisty mayor issued a comment at about the same time that Vice President Maria Leonor "Leni" Robredo and other Liberal Party (LP) leaders, Senator Antonio Trillanes IV and Otso Diretso candidates denied the fresh allegations made by Advincula.

Advincula, who maintained that he was the hooded man named "Bikoy" in the series of "Ang Totoong Narco-list" videos, surrendered Wednesday, May 22, 2019.

In a press conference Thursday, May 23, 2019, Advincula claimed that the videos were part of "Project Sodoma", a plot to oust President Rodrigo Duterte and install Robredo as new president.

He also said the videos were orchestrated by the Liberal Party and Trillanes.

Robredo and Trillanes have denied the allegations. Robredo said she does not know and has never met Advincula while Trillanes said Advincula's claims were just a ploy by the administration to harass the opposition.

(He will say anything for fear that he will be harmed. We have nothing to do with the video and Bikoy.)

(These accusations are all lies concocted by the administration.)

“The Liberal Party had nothing to do with the so-called Bikoy video. We deny the accusations that the Liberal Party connived with an obviously professional con artist to topple the government is most absurd. It is ridiculous on so many levels. It’s excruciating to have listened to all his lies,” he said.

“Having said that, I urge the Philippine National Police to get to the bottom of this Bikoy issue and file the appropriate charges,” Drilon added.

Senator Panfilo Lacson, who is independent, said Advincula suffers from a "serious credibility problem." He said he was open to conduct an investigation into Advincula's claims if the man has solid evidence.

For now, he said he would leave it to the authorities to conduct the appropriate assessment on Advincula’s revelations.

“As far as I am concerned, being a former law enforcement officer with quite good experience in intelligence and investigation, Bikoy has to show more than just a narration of what he says now as the real facts. He suffers from a serious credibility problem that he must overcome if he wants to be believed this time. He can only do it by presenting solid and substantial proof of his alleged meetings and regular communication with the people that he is now turning the tables on,” he said.

Lacson earlier scheduled a Senate inquiry on the "Bikoy" videos following Advincula's appearance at the IBP but later cancelled the hearing, saying it was nonsense.

Alejano said he will sit down with fellow Otso Diretso candidates to decide on possible charges that will be filed against Advincula.

Gutoc said this amounts to political harassment by the administration.

Presidential son Paolo Duterte, meanwhile, called for the conduct of an investigation into Advincula’s claims that Trillanes were behind all this.

“From the very start, it was clear that the Bikoy videos were fabricated with a narrative taken straight from the playbook of people whose desire is to destroy our name and our reputation,” Paolo, the incoming Davao City Representative, said in a statement.

“All the lies presented were also meant to crush the trust of the Filipino people in the authorities and inspire public disgust against the government — truly the handiwork of people who want to undermine the Duterte administration,” he added.

In the videos, the hooded man "Bikoy" claims that Paolo, Sara's husband Manases and senator-elect Christopher "Bong" Go have ties to an illegal drugs syndicate.

Advincula, who maintained the he is "Bikoy", said the allegations were all lies and apologized to the Duterte family.

He claimed that the video was orchestrated by the LP and Trillanes in a bid to make the administration's senatorial candidates lose the May 13, 2019 elections.

Nine of 12 senators elected in the recent elections were endorsed by Duterte. All Otso Diretso candidates, on the other hand, were defeated. (SunStar Philippines)