INFOGRAPHIC: How Cebu voted for senator 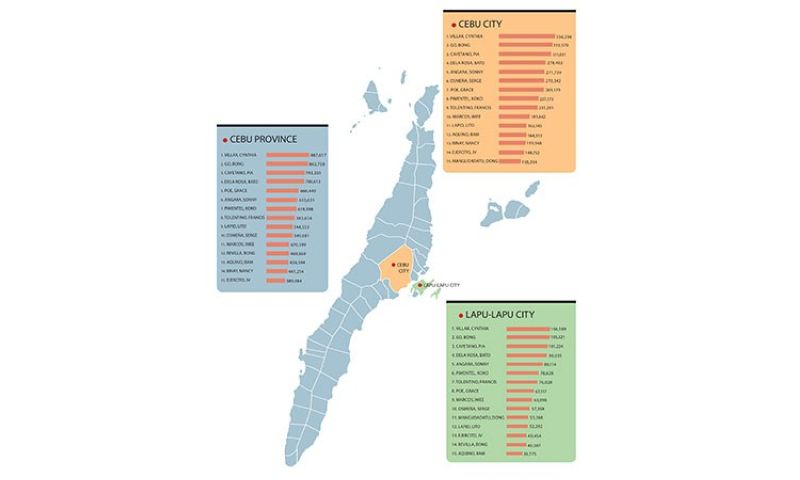 THE Commission on Elections (Comelec), sitting as the National Board of Canvassers, has proclaimed the 12 senators who got the highest votes in the May 13 midterm polls. Among the 12 are four rookies, five reelectionists, and three returnees.

The 12 senators-elect were proclaimed Wednesday, May 22, and they are set to serve for six years beginning noon of June 30.

Four other candidates the Cebuanos voted for senator failed to make it to the top 12. One of them is former senator Sergio "Serge" Osmeña III, who is a Cebuano.

Here's an infographic that shows how the Cebuanos voted for senator in the 2019 elections.