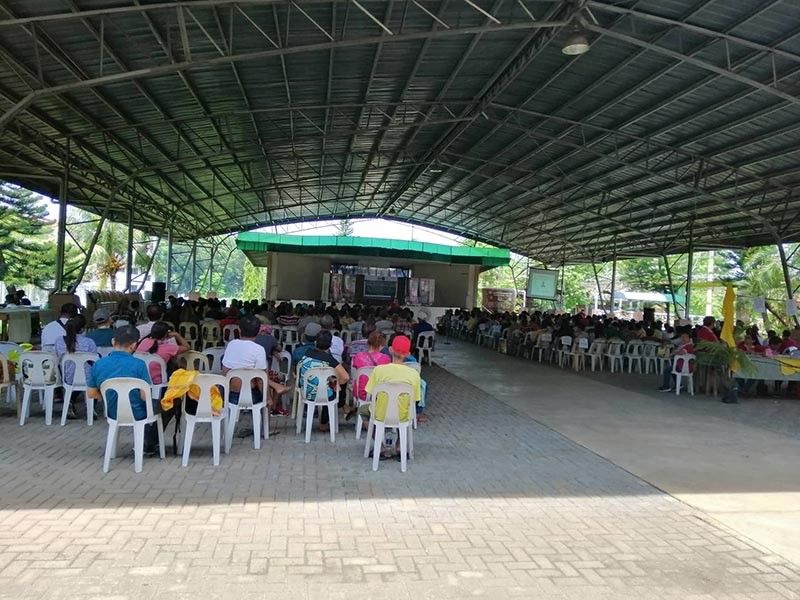 Barangay Baguio tribal kagawad Datu Camilo Bancas was given a disqualification letter by the NCIP on May 21, citing his lack of community engagement, which is one of the requirements according to the NCIP guidelines.

Bancas questioned the commission's unjust and sudden decision of disqualifying him days before the selection day.

"Wala nila gihuna-huna ang kahago, expectations, salig, ug kwarta for allowance sa pag-biyahe from bukid-to-bukid for a year aron mangampanya, tas ing-anaon lang ko nila'g disqualify (They did not think of the exerted efforts, expectations, trust and the expenditures spent traveling from one area to another in order to campaign, and they would disqualify me just like that)?" Bancas told SunStar Davao.

He said NCIP should have evaluated and validated his papers early since he already filed it last December.

"Prior unta, ila na unta ni gi-evaluate and validate ako papel kay kandidato man ko. Ang lisod lang kay karon pa nila gi-validate nga ulahi na. Natural ulahi nasab ang paglihok (They should have evaluated and validated my papers earlier, since I am a candidate. But they validated my papers at the last minute. Of course, I can no longer make actions because of a limited time)," Bancas said.

The tribal officer also questioned the NCIP for not meriting his credentials as Davao City Federation of Bagobo Klata/Guiangan tribal councils vice president for operations despite being accredited by the Securities and Exchange Commission.

However, Codilla was later disqualified by NCIP due to lack of genealogical qualification.

There were four other aspirants for the re-selection process. Along with Bancas, Datu Severino Bolo was also disqualified.

Only Datu Demetrio Bolo (Severino's father) and Datu Rosalito Anog were qualified to participate in the selection.

However, Bancas will file for their disqualification, saying the two are currently an IPMR in their respective barangays.

He said holding any government position within a year grace period before the selection process is not allowed based on the NCIP Administrative Order 03, series of 2018.

Bancas said he will also file before the Ombudsman administrative cases against NCIP officials for allegedly manipulating the selection process.

But Aguio said the NCIP has not set any timeframe as to when an aspirant should be disqualified.

"Unang-una, he should have known his qualifications," he said.

Outgoing IPMR Councilor Bai Halila Sudagar said she would only step down from her post once NCIP will issue a certificate of affirmation.

With regards to community engagement, Sudagar said it is important that an aspirant must have an advocacy he/she promotes to the tribe, earlier before the selection.

"Best proof would be the tribe themselves had witnessed the services an aspirant had provided," Sudagar said.

She is hopeful that NCIP would immediately address the situation.

"Hopeful ko nga makalingkod ang mga taga-Klata. Nag-help jud ko nga makalingkod na gyud sila. Sa pag-faci (facilitate) nagtabang mi na ma-push through ang selection process (We are hopeful that someone from the Klata tribe will finally be seated as IPMR. We are indeed helping in the facilitating process, in order to finally push through the selection process)," Sudagar said.

Meanwhile, Mayor Sara Duterte-Carpio said the City Government is abstaining in this year's selection process after receiving a letter from Codilla informing that the case involving the first selection process is still pending in court.

"We should await the court's final decision on the merits of the said case before we move forward on the matter," Duterte-Carpio replied to a letter sent by NCIP Davao City Provincial Officer Cristito Ingay.