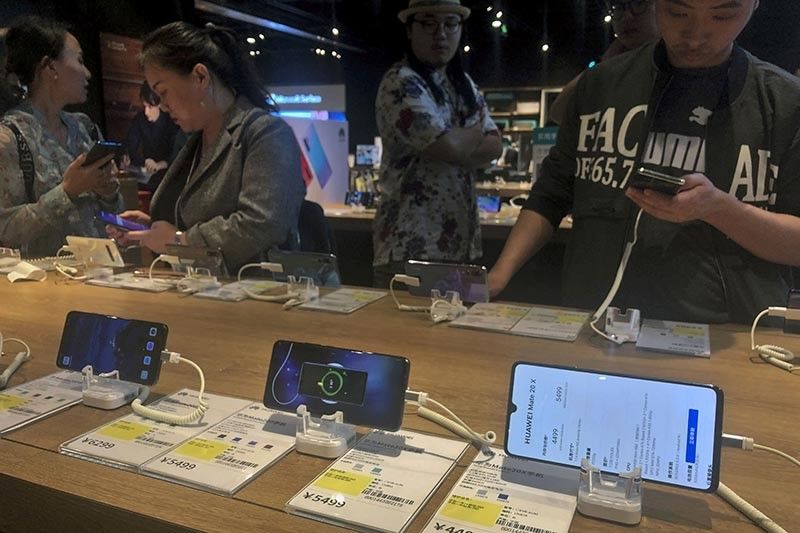 STICKING TO HUAWEI. Customers try out Huawei smartphone models on display at an electronics store in Beijing, China on Monday, May 20, 2019. Google assures users of Huawei smartphones the American company’s basic services will work on them following the US government’s ban on doing business with the Chinese tech giant. (AP Photo)

DESPITE the ban of the United States government against Chinese smartphone giant Huawei, local retailers and users in Cebu remain confident that the company will weather the storm.

Huawei, the second largest in worldwide smartphone sales, was blacklisted by the US government that lead to Google, which sells the Android operating system (OS), to suspend its business with the company.

This means that there will be no Google and Android security updates on future Huawei phone releases but will still work for the existing ones, as well as products under open source licensing.

RC Goldline, a smartphone retailer in Cebu, will continue to sell the Huawei brand even with the ban.

In a statement, the tech giant assured “security updates and after sales services will still be available to all existing Huawei and Honor smartphone and tablet products covering those that have been sold or are still in stock globally.”

Huawei is reported to be creating its own OS that will be an alternative to Android.

Photographer Joe Almerez, who uses a Huawei P20 Pro, said he will still continue using his unit but voiced concerns on the sanctions slapped by the US.

“So far, there’s no fear among users if they are currently using their phones. Sanctions are meant for new phone releases. According to the sanction, Google will continue to support existing Huawei phones prior to the ban. But unless they change that, fear will engulf us,” he told SunStar Cebu.

He also stressed the possibility of the pullout of major chip makers from Huawei.

John Dogon, a marketing consultant, said he will hold on to his Huawei phone and will still rely on its features.

“I believe that Huawei can overcome this and they can develop their own OS. I hope the company’s ties with the US will be reestablished,” he said.

To give customers and users time to adjust, the US government also eased some trade restrictions imposed on Huawei for 90 days or until Aug. 19, 2019.

The Department of Information and Communications Technology (DICT), in a statement, also stressed its mandate of protecting the country’s cyberspace from any threats of national security.

“With the executive order, US companies are prevented from supplying Huawei with software and hardware components. This may affect the supply chain of the Chinese company, but it will have little impact in the Philippine telecommunications industry. The local telcos have made pronouncements that they will diversify in their present and future procurement of equipment to make their networks more robust and future proof,” it stated.

The DICT said current telcos are tasked to monitor their networks predominantly using Huawei equipment but so far, had no incidents which resulted in a national security breach.

“DICT will continue to require local telecommunication companies to monitor their networks through world-class cybersecurity audit teams and assure the government that their respective networks will not be compromised or they may suffer losing their license to operate. The same requirement will also be imposed on the incoming third telco,” it added.