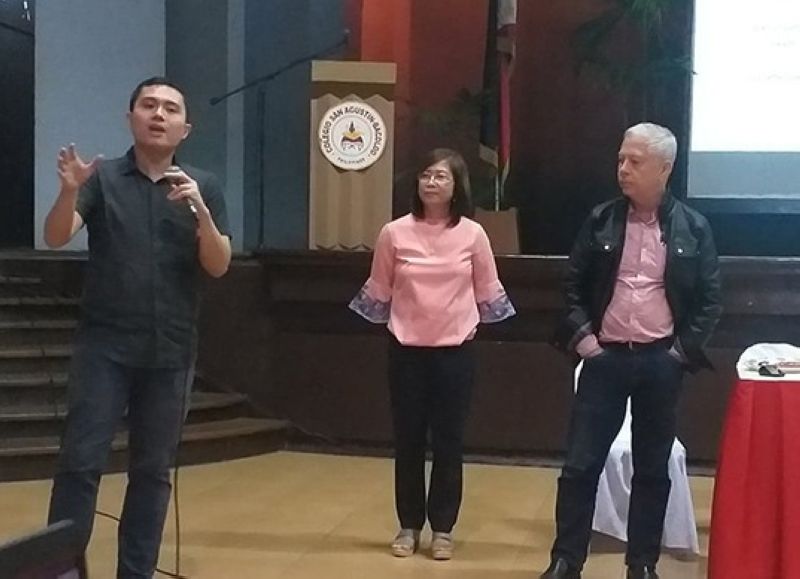 A LOCAL academic institution and non-government organization (NGO) have recognized the need to create awareness and actions that would prepare the society amid the integration of artificial intelligence (AI), which is considered as one of the concerns hounding the world today.

Partner-organizations Colegio San Agustin - Bacolod (CSAB) and Lifebank Foundation Inc., in a forum held at the school’s auditorium in Bacolod City Thursday, May 23, presented the result of their research project dubbed “Scanning the Artificial Intelligence Landscape.”

The project team, during the forum attended by public and private sector representatives in Negros Occidental, underscored the impacts of AI in the society as well as in different industries.

Perlas, also a global consultant on sustainable development and AI, said the attempt is just to see (the landscape) as they only have global data, not actual data, on how AI works.

“We are beginning to realize that a lot of people are not aware. If they are, it’s very shallow,” he said, adding that “where in fact this is one of the deepest problems facing the world right now.”

The research project which started a year ago looked at the implications of AI in Western Visayas but it utilizes data that are national in scope.

Hilado said people engage in these tasks have to think twice to do something about it and upgrade themselves.

“Part of the recommendations is creating awareness and actions that would prepare us for the changes that are about to come due to AI integration,” he added.

These actions include skills upgrading, policies on AI use, and ethical considerations when developing AI products, among others.

“These are needed by our society for resiliency from the negative ‘externalities’ of AI,” the research director also said.

For capitalists, for instance, business owners are hoped to integrate AI while looking into the welfare of people working in the company.

Researchers said they (businesses) have to balance profit and welfare of the people. They could also have programs for skills development that would make the people remain relevant during AI integration.

Builders are also hoped to consider the ethical aspect in coming up of technologies so it will not contribute reversible harm towards the society.

The academe, meanwhile, the researchers suggested to come up with academic programs that will transform graduates and equip them with skills making them relevant for the upcoming 2030, the year seen where complex and advanced forms of AI have already been integrated.

The media, for their part, are expected to disseminate the information to the people for a wider reach so professionals especially workers affected by AI integration should also consider upgrading their skills.

During the forum, participants expressed apprehensions on the “disruptions” that can be brought by AI integration to their respective fields and industries like job displacement.

There was even a concern on the possible effect of automation on human values as even the use of social media is already affecting the values formation of the young generation and their relationship with other family members.

He said AI is totally beneficial and no side effects like in using tracking system for the protection of animals in the wild and breaking down silos of information in the government.

Perlas, however, said in differentiating AI as a ‘narrow’ one, it is the worst form of privacy invasion. The other level with negative impact is when AI is used for massive destruction.

“The solution can only come from the collective intelligence of the community,” he said, adding that “this is what we are doing worldwide, we are organizing three important sectors such as business, government and civil society.”

Perlas stressed that “we have to start working out the collective intelligence on how to deal with this problem because no one will be exempted of AI.”