The Atom Araullo Specials: Bird Hunt this May 26 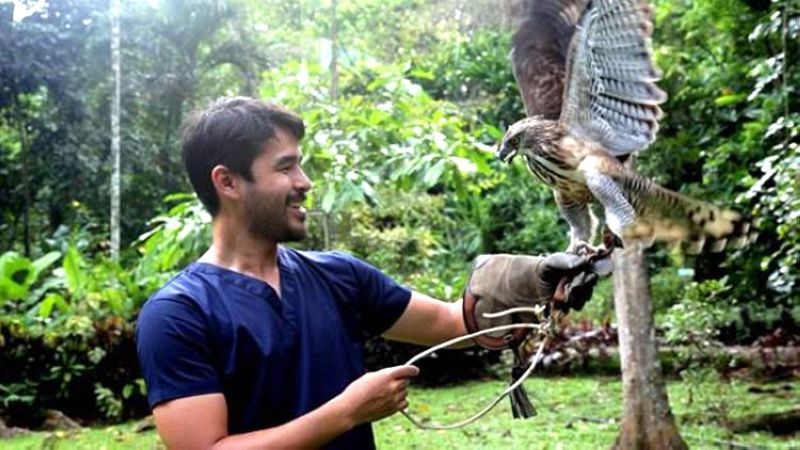 MANILA. Atom Araullo gives viewers a bird’s-eye view on the problem about the country’s endangered bird species this Sunday, May 26, 2019. (Contributed photo)

THIS Sunday, May 26, in The Atom Araullo Specials, join Atom as he gives viewers a bird’s-eye view on the problem about the country’s endangered bird species.

The lush tropical forests of the Philippines serve as home to over 500 species of birds. This includes some of the rarest bird species, like the Palawan peacock pheasant, which is endemic to Palawan. Atom visits the last identified location where the Palawan peacock pheasant was spotted in the wild. Watch the other bird species that the team chanced upon as they scoured the forests of Puerto Princesa.

Discover the shocking stories behind the poaching of these rare birds that are worth thousands of pesos in the market, and find out how middlemen go to extreme lengths just to smuggle their catch. One hot item among hunters is the Palawan hill mynah, which is prized for its unique ability to mimic human speech. But have you ever heard its native sound?

Meanwhile in Mindanao, Atom gets a close encounter with the king of Philippine skies, the largest eagle in the world -- the majestic Philippine Eagle!

Find out how bird hunting clipped our eagles’ wings and rendered them flightless even in their very own territory. The team also tracked down the man who killed the Philippine Eagle Kagsabua. Listen as Brian recounts what happened when he shot the helpless bird.

Uncover the truth behind the serious problem of mining and deforestation and how they gravely affected the propagation of some of the country’s endangered bird species. Watch out for the team’s startling discovery about the presumed extinct Mindanao Hornbill, which was not only spotted in the wild, but was also seen chained outside a house.

This Sunday, May 26, learn the importance of saving these birds, not only for the sake of the environment, but of humanity as well. Watch Bird Hunt in The Atom Araullo Specials, this Sunday, 4:30 p.m. on GMA-7. (PR)