Another autopsy sought for slain OFW from Kuwait 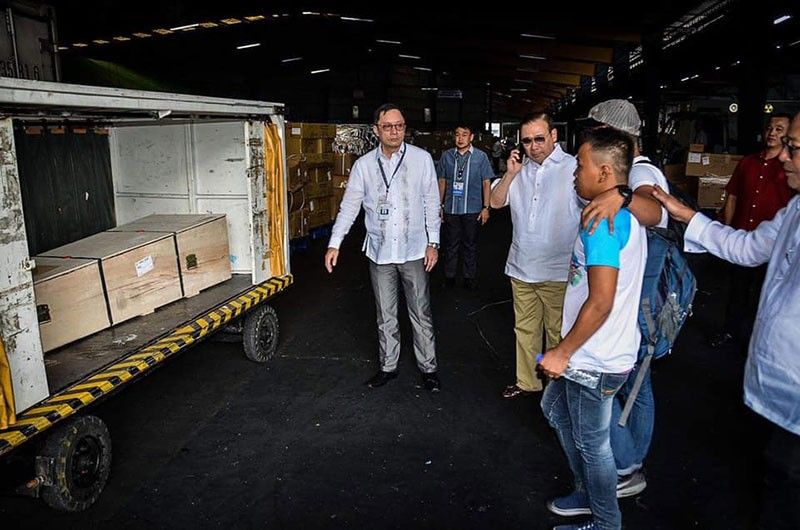 MANILA. The remains of Constancia Lago Dayag arrived in Manila on May 23, 2019. (Photo from Sarah Ysmael Arriola Facebook)

THE Department of Labor and Employment (DOLE) on Friday, May 24, 2019, asked the National Bureau of Investigation (NBI) to conduct an autopsy on the remains of overseas Filipino worker (OFW) Constancia Lago Dayag to determine the cause of her death.

DOLE made the request a day after the Department of Foreign Affairs (DFA) said the NBI will undertake an independent autopsy and perform toxicology tests on the remains to determine the cause of death.

The DFA also said it will request the permission of the family to bring Dayag's remains to the University of the Philippines – Philippine General Hospital (UP-PGH) Forensic Morgue for a similar examination.

Dayag was found dead in her room at her employer’s residence in Kuwait last May 14. Her remains were repatriated to Manila Thursday, May 23, 2019.

"At the very least, the second autopsy will help give her family the peace of mind that they deserve," acting DOLE secretary Renato Ebarle said in a statement.

"Equally important, the procedure may provide us a clearer view of the circumstances surrounding her death,” he furthered.

Dayag, 47, had served the same employer for three years and was supposed to fly home on May 16.

She was supposedly brought to the Al Sabah Hospital but was declared dead on arrival. The death certificate released by the hospital indicates that the cause of death is still under investigation.

Her body reportedly bore various contusions and hematoma and a “cucumber” was found inside her sexual organ.

Earlier, the DFA said it has requested for the immediate release of the official forensic report from the Criminal Evidence Department of Kuwait’s Ministry of Interior.

"Once the Kuwaiti report is released, we will double-check it with our own experts," the DFA said in a statement Thursday.

A felony murder case filed by the Kuwaiti General Prosecutor’s Office and supported by the Philippine Embassy in Kuwait remains pending.

"The Department has instructed our lawyer to pursue this case to a satisfactory resolution. Our lawyer has made representations with the Kuwaiti General Prosecutor’s Office to stress that the Philippine Government will intervene and provide evidence as appropriate," the DFA statement added.

Meanwhile, Dayag's family has been handed the financial assistance amounting to P120,000 from the Overseas Workers Welfare Administration, and P200,000 from various recruitment agencies and associations.

OWWA is also set to provide a livelihood package to her family and scholarship assistance to one of her children. (HDT/SunStar Philippines)