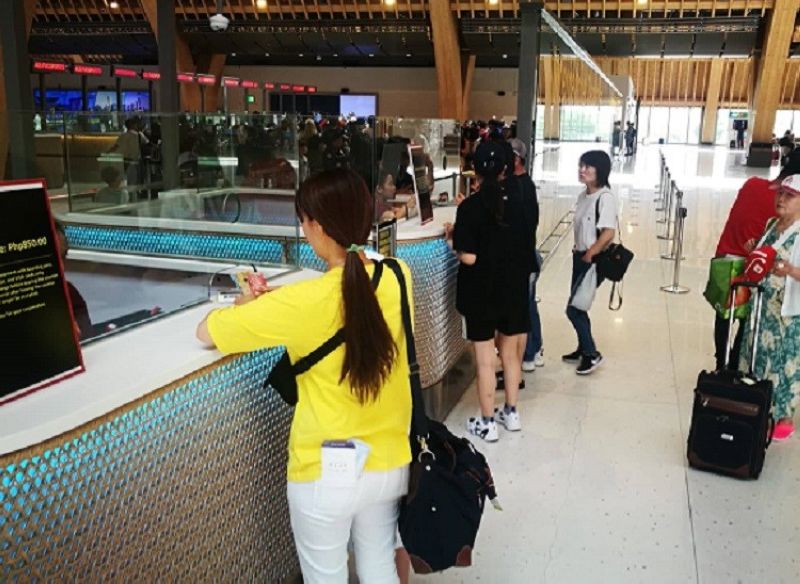 INTERNATIONAL flight passengers will no longer have to pay the P850 terminal fee at the Mactan-Cebu International Airport (MCIA) as this will soon be included in the airfare.

The integration of the international passenger service charge (IPSC) or the terminal fee is seen to enhance passenger convenience.

“All the airlines will integrate their IPSC so our passengers can expect that in the next few months, the convenience of our airport will improve,” he said during the signing of a memorandum of agreement (MOA) with partner airlines on Friday, May 24, 2019.

The terminal fee for Terminal 2, which caters to international passengers, will remain at P850.

There will be a three-month transition period that will end on Aug. 31. By September, all airlines must already integrate the terminal fee into their system, Dicdican said.

He said paying for the terminal fee over the counter is outdated.

“The airlines have told us that passengers were deeply unhappy with the experience of paying for the terminal fee. Passengers pay a terminal fee wherever they travel. It’s a concept that’s widely understood. Most passengers don’t mind paying a fee, provided they feel there is a reasonable amount of service in the improvement of facilities,” Harrison said.

With the inclusion of the terminal fee in the airfare, Harrison said passengers won’t have to line up at the terminal fee counter and may go straight to their boarding gates after checking in.

“Interestingly, most passengers don’t mind how much they pay for terminal fees. There are some airports that have terminal fees as high as P3,000, but because it’s embedded in the ticket, people don’t have that sensitivity,” he said.

The terminal booths will be retained to serve those passengers who booked their tickets early, and to give partner airlines time to implement the integration.

For passengers who will buy their tickets online after the transition period, the terminal fee will be reflected in the airfare.

Mactan Airport Operators Council vice president Larry Lu said the airline community is thankful to both the MCIAA and GMCAC for the integration of the terminal fee.

“We need to work together as a team to make MCIA a better airport,” Lu said.

A passenger interviewed by SunStar Cebu said the integration of the terminal fee in the airfare is better for passengers budget-wise, since some arrive at the airport unaware that they have to pay a fee.

In a related development, the move to construct a second runway at the MCIA is a step closer to getting implemented after Rep. Raul del Mar’s bill was approved on third and final reading and was transmitted to the Senate.

Del Mar said he hopes the Senate will approve the same before the 17th Congress will adjourn on June 8. (JOB, RVC)