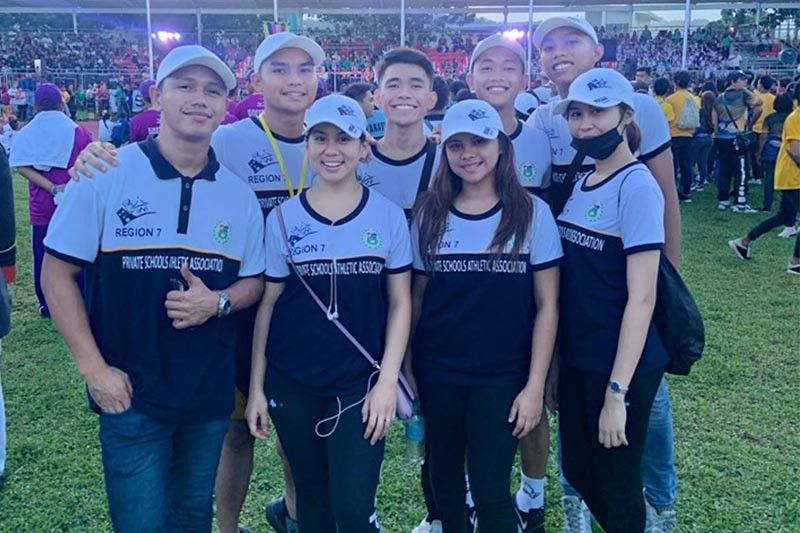 WINNERS. Coach Glen Lava (left) with some of the members of the Central Visayas taekwondo team during the opening ceremony of the Prisaa national meet in Davao City. (Contributed Photo)

CENTRAL Visayas walked away with the overall title of the taekwondo tertiary division of the 2019 Private Schools Athletic Association (Prisaa) Nationals after a 13-medal haul in Davao City.

“Our sparring teams in the region are still on a rebuilding stage,” Philippine Taekwondo Association (PTA) Region 7 head Tony del Prado told SunStar Cebu. “With the support of our big universities such as UC and USC, I’m positive that this ‘rebuilding’ will bear fruit in the form of more Cebuanos included in the national team.”