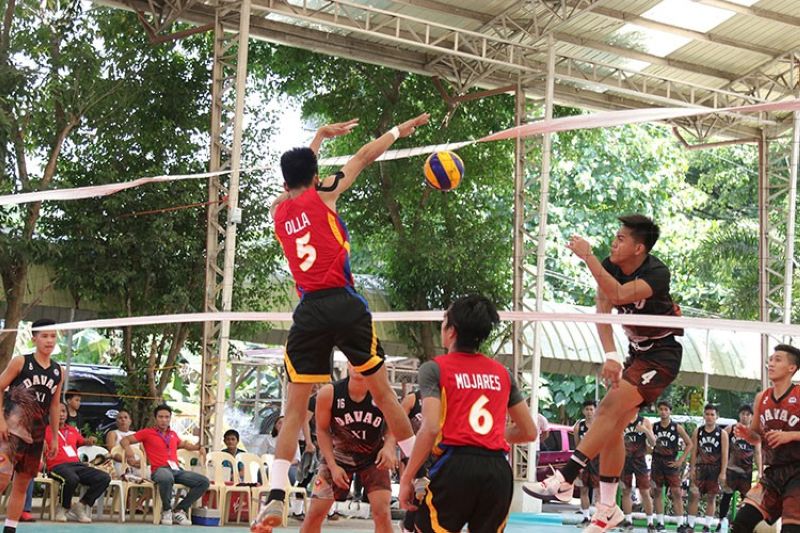 DAVAO. Best attacker Rex Paller of Davao region (No. 4) spikes against a Calabarzon region defender during the college men's volleyball finals at the University of Mindanao covered court in Matina, Davao City Friday, May 24, 2019. (Mark Perandos) 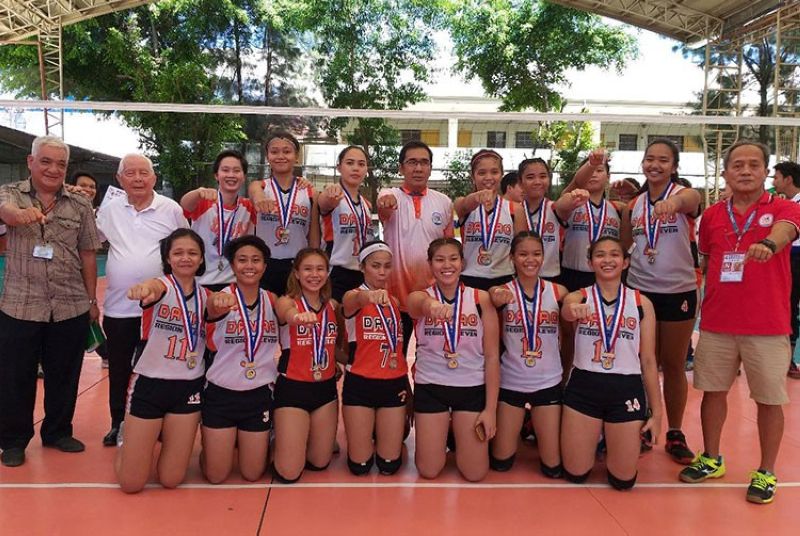 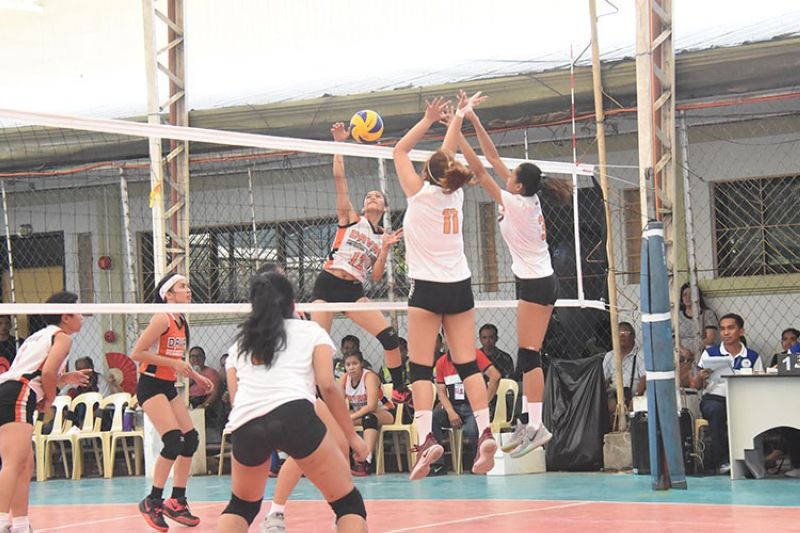 DAVAO'S women's volleyball coach Joaquin "Boy" Sarabia was teary-eyed when his players rushed to embrace him after they survived a five-set championship thriller against Western Visayas in the National Prisaa Games 2019 at the University of Mindanao (UM) covered court in Matina, Davao City on May 24.

Davao dethroned defending champion Western Visayas, 25-22, 14-25, 25-18, 25-15, 17-15, in their titular showdown to the elation of the appreciative crowd who jumped up and down, cheered and clapped their hearts out after April Rose Yura's spike sealed the match.

Sarabia, in an interview with SunStar Davao, said he cannot be prouder of his volleybelles who trained and prepared for the nationals on their own as he was tied to the hosting preparations as the project director.

"Wala nakoy masulti, naningkamot jud sila maski wala nako sila naasikaso. Naa sila pirmi para magpraktis (I can't say more, they really worked hard even if I was not with them the past weeks. They were always there, practicing on their own)," the best coach from UM said.

He also said that reaching the finals was not in their wildest imagination, as they were eliminated in Bohol last year.

However, Davao college men spikers of coach Jhonathan Vanta took the silver after they succumbed to Calabarzon, 21-25, 19-25, 23-25, in their finals match.

College women's basketball defending champion Davao region, for its part, was stripped off its crown after losing to Soccsksargen, 89-97. Davao coach Crisanthemum "Ining" Sarabia said, "I'm okay. We did our best. We will try to bounce back next year."

The National Prisaa Games 2019 is supported by the Philippine Sports Commission, City Government of Davao, Department of Education and Commission on Higher Education.