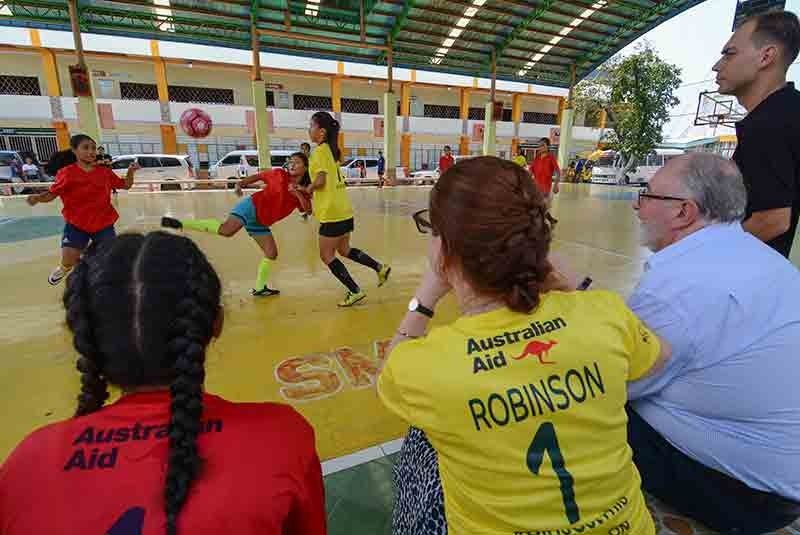 Australian Ambassador Steven Robinson also highlighted in his speech the close ties of the Philippines and Australia. He also joined the race against Pads.

“They are not disabled. They can do everything. It’s just fantastic,” said Robinson.

The adaptive dragon boat team has been receiving assistance from the Australian Embassy and Robinson said they will double the support now since the team will be competing in Hong Kong this year.

John Paul Maunes, Pads adaptive dragon boat racing team manager, said since 2013 the Australian Embassy has been giving them aid for their equipment such as wheelchair, paddles, and boats.

It is also because of the Australian Embassy that Pads was able to start its adaptive sports and recreation rehabilitation, as well as its Break the Silence Program. The program aims to reduce the sexual abuse experienced among the deaf community, according to Maunes.

“Through this, we are able to provide an avenue for the PWDs (Persons with Disabilities),” said Maunes.

Arnold Balais, the dragon boat team captain, said they are doing the sport for the million other PWDs to be inspired and be encouraged to come out of their comfort zones.

Balais said just because they lack something does not mean there are things they cannot do.

“If you really put your heart, soul, and spirit on it, that can be a testament that we can use it (disabilities) in a positive way,” said Balais.

Robinson said the development assistance they are giving are for the PWDs to be recognized in the society and get equal opportunity as everyone else in the community.

“We want to highlight that message that disability is not the limitation. It just has to be accepted,” said Robinson.

Aside from the friendly racing game, the Australian Embassy also went to Don Bosco Youth Center in Pasil for the all female football tournament.

The female football tournament aims to develop the leadership skills among the girls, as well as empower them.