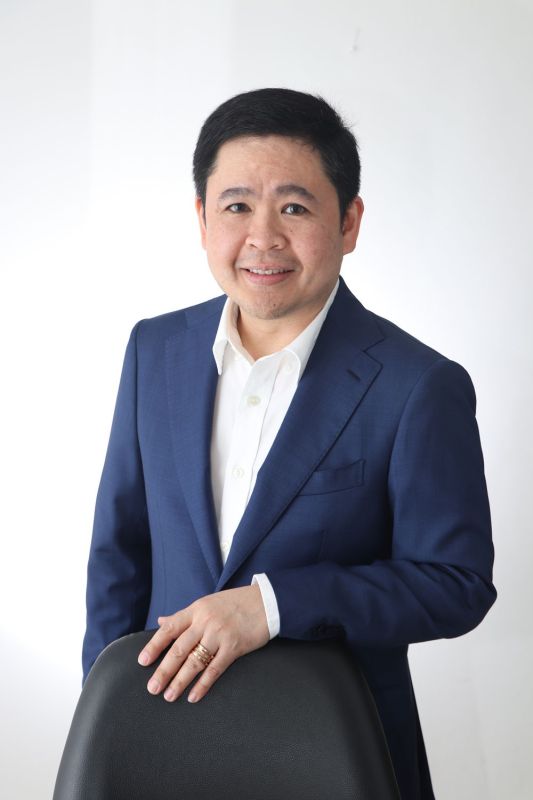 The “trademark” of the school has always been “CIT tops again!” CIT, meaning Cebu Institute of Technology, now CIT University.

Engineer Bernard Nicolas Escario Villamor is the university president. Villamor studied Electronics and Communications Engineering at De La Salle University and placed 13th in the board examination. He then worked for five years for Pentax Cebu Philippines as senior technical engineer and production engineer. Then, he set up his own company, Asia Technologies Corp., of which he was president and general manager from 1997 to 2008.

In 2005, he started to work in CIT-U as director of student personnel services, and the following year, he held the concurrent position of management information systems. It was during these years that he took his Executive Master in Business Administration degree.

In 2016, he became vice-president for administration of CIT-U, and became university president in 2017.

During an interview in his office, Villamor shared on some of his plans in making sure that the school will continue to excel during his term.

SunStar LIVE! (SSL): You are a third generation member of the family that owns this school. Your grandfather Nicolas (Escario) and uncle Gregorio (Escario) were presidents before you. Growing up, did you see yourself becoming the school president someday?

Bernard Nicolas Escario Villamor (BNEV): No, but I always did my best. When I took up the Executive Master in Business Administration course at the Asian Institute of Management and had to do a Strategic Management Project, how to increase the school enrollment was my “subject.” No matter how many the students are, how do you keep them? That’s when I understood how it works; how administration plays a huge role in shaping the university. I saw it from the point of industry. I experienced starting a company and eventually closing it down. I always meant to do things differently, better. What I learned in the industry has helped me in the field of education. It helped me think in terms of a framework and looking at the bigger picture: how to make an impact; how to stay aligned to the goals of CIT-U.

SSL: What are the problems, difficulties in running CIT-U?

BNEV: People, the culture and the technology. [It’s about] finding the right people and motivating them, developing them to their greatest potential. The culture of excellence is already inculcated in the university and we are very blessed that our culture enables us to create strategies to develop the students. I found out that to keep the students, we had to take care of the freshmen. Since 2009, our enrollment has increased. And even if that increase is little, it still means that our strategies worked.

With increased media exposure, we hoped to attract potential topnotchers—because the word out there is that we just want the best. But it does not end there. What’s critical is the right attitude: beyond the board exam, attitude is still a major success factor and you will get noticed, wherever you are. Students should not just do academics but also do research and extracurricular activities. We push them to innovate, challenge them to do something for the first time, and we celebrate when they accomplish something.

Today, it is about creativity and interdisciplinary thinking. I do videos and I passed that passion on to our students. I am currently Cesafi (Cebu Schools Athletic Foundation Inc.) president and I challenged the students to introduce the live broadcast of Cesafi games as my contribution to the Cesafi and they did it. For the first time, the Cesafi games were broadcast live.

The university must keep up with new technology. We have a very strong robotics department. An interdisciplinary team is researching on artificial intelligence—interdisciplinary because, exposure to different classes of discipline can be better when solving problems. We are partnering with the Nihon University in Japan and the University of Mindanao for earthquake engineering and robotics. And for architecture students to be relevant, we have to develop tie-ups for computational design, equipping architecture students with skills in coding and programming.

SSL: Why is CIT-U focused on technology education?

BNEV: CIT-U was built right after the war and it focused on rebuilding—architecture, civil engineering, mechanical and electrical engineering—to meet the needs of the time. By 1948, we already had our first topnotcher. To date, we have 700 topnotchers, 80 of them ranked first place.

SSL: Aside from running the school, what are your other interests?

BNEV: “With my industry experience, I have conducted several lectures and presentations such as Business Improvement Plans, Strategic Management, Practicing Professionalism, Maximizing Potentials and The Art of Exceptional Living. As a volunteer mentor of the Department of Trade and Industry, I have shared my passion about innovation through the Kapatid Mentor Me Program. I am a third level mentor in this program. I am also currently the corporate secretary of the Philippine Association of Colleges and Universities, and this helps me in interacting with other schools.

I believe that education is one’s best investment and for me, my greatest achievement is that my eldest daughter was accepted in the University of California Los Angeles, where the passing rate in the admission test is 15 percent. My wife Clementine and I are mentoring our second child who is in Grade IV. We are hands on parents. We also take a lot of pictures. I do videos. She uses her camera and was once the president of the Camera Club of Cebu. We also go to the gym together as our bonding time.”

With Villamor at the helm, it’s just indeed a matter of time when “CIT tops again.