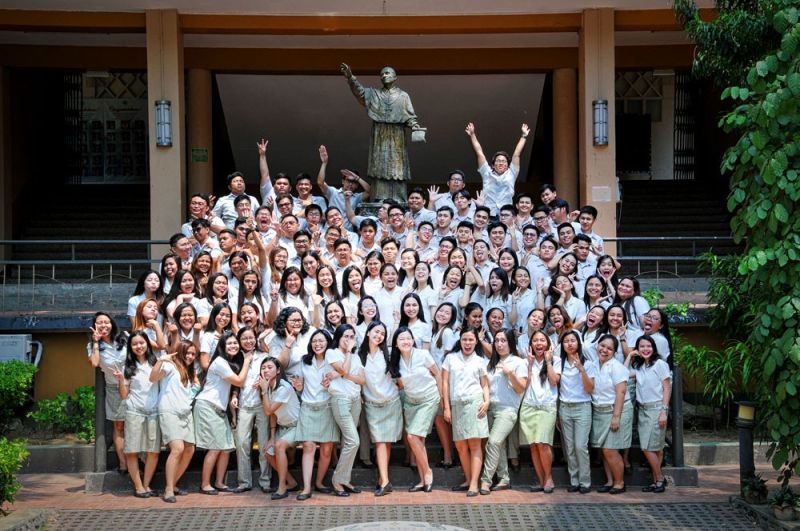 A BATCH ON FIRE. As they strive to excel individually, Batch Fuego students of the University of San Carlos (USC) Department of Accountancy always help each other out with their lessons and have become each other’s tutor. Eighty-nine of the 106 Accountancy graduates of USC this year graduated with Latin honors. (Contributed foto)

THE 2019 Accountancy graduates of the University of San Carlos (USC) have many reasons to be proud and one of them stands out. Eighty-nine of them graduated with Latin honors.

This batch of graduates has come a long way since they first stepped foot in the university when there were still 700 of them.

Their batch, aptly named Fuego, which means “fire” in Spanish, walked the same path as Batch Fearless of 2011.

Since Batch Fearless had topnotchers in the board exams, the accountancy students have since chosen words beginning with “F” for their batch names for luck.

“I am not shocked because I already saw my batchmates as very competent people who are capable of great things,” he said.

“There’s a misconception about our batch that we’re always ‘naning’ (one who perseveres too much) and we’re zombies because we don’t sleep at night, which is half-true, especially during exams. But we’re actually just happy-go-lucky people who are closely knit, especially during activities,” Aliganga said in Cebuano.

Aliganga said that while there is friendly competition among them, it never gets in the way of helping each other out.

One of the factors in Fuego’s success is perhaps their constant interaction in a Facebook group where they could post their study materials and voice out their concerns.

“If there are any questions about difficult lessons or questions (in accountacy), we would help each other out to make a proper solution. We would assist each other by tutoring each other,” Saromines said.

From the beginning, the students anticipated that their batch would shrink over the course of five years.

The USC Department of Accountancy requires its students to take qualifying exams, the CEL (comprehensive exam level), before proceeding to the next year level.

The hectic schedule and the pressure from peers have prepared Batch Fuego for what they wanted to achieve—fuel the fire of excellence.

“It’s all in the culture of the institution,” Aliganga said. “The teachers gave us the right amount of pressure in shaping who we are today.”

To prepare for the board exams, Aliganga said one-third of the batch will go to Manila for review, a third will enroll in a local review center and a third will do self-study.

The batch is grateful to their department’s professors, administrators and coordinators.

Aliganga said based on his and his batch’s experience, to survive Accountacy, one must establish a study habit and must always be determined.

“However smart you are, if you are not motivated enough nor determined enough, it will all be useless,” Aliganga said.