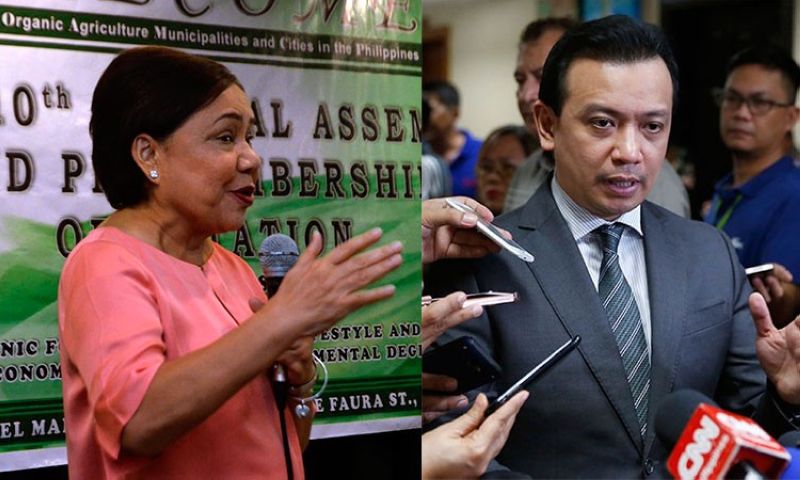 MANILA. Senator Cynthia Villar, whose family is engaged in property development, was the richest senator of the 17th Congress, while Senator Antonio Trillanes IV, a vocal critic of the administration and former renegade military officer, was the poorest in 2018 based on their Statement of Assets, Liabilities and Net Worth (SALN). (File Photo)

SENATOR Cynthia Villar remained the richest senator of the 17th Congress, while vocal administration critic Senator Antonio Trillanes IV was the poorest in 2018, based on declarations made by each senator in their Statement of Assets, Liabilities, and Net Worth (SALN).

Villar reported a net worth, or assets less liabilities, of P3.72 billion without any liability while Trillanes declared a net worth of P7.5 million.

She was followed by Senator Emmanuel "Manny" Pacquiao, whose net worth was listed at a little just over P3 billion.

Pacquiao, however, had the highest liabilities, amounting to P146 million.

Third on the list of wealthiest senators was Senator Ralph Recto, with a net worth of P555.32 million.

Apart from Villar, other senators with no liabilities in 2018 were Gatchalian, Pimentel, and Honasan.

A senator receives a monthly salary of P35,000, while the Senate President gets P40,000, according to the Senate website.

Presidential Decree 677 requires all government employees to file their "true detailed and sworn statement of assets and liabilities, including a statement of the amounts and sources of his income, the amounts of his personal and family expenses and the amount of income taxes paid" each year. (SunStar Philippines)