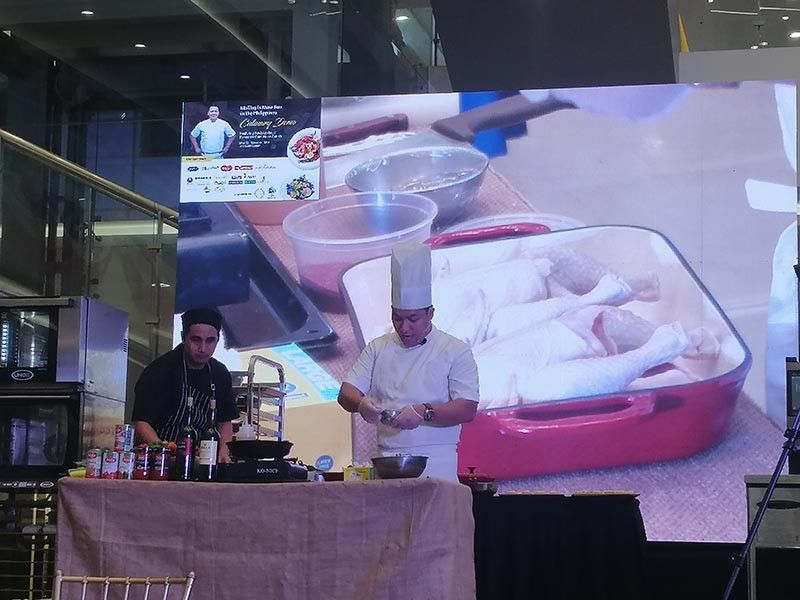 PAMPANGA. Chef Vince Garcia shows the crowd how to make Grilled Cajun Chicken during the launching of the Malling is More Fun in the Philippines campaign of the Department of Tourism, in partnership with SM Supermalls. (Contributed photo)

SM SUPERMALLS, in partnership with the Department of Tourism, makes malling even more fun with the launching of Malling is More Fun in the Philippines campaign, as it made its second stop in Pampanga at SM Telabastagan over the weekend.

Garcia capitalized on the versatility of the Kapampangans and how Pampanga dining has become welcoming not just to traditional dishes but also to other gastronomic delights.

The campaign’s second leg invites mallgoers to experience malling like never before at SM. SM City Pampanga and SM City Telabastagan have a host of homegrown restaurants serving Kapampangan cuisine, as well as other restaurants catering to a wide variety of tastes from Asian to continental cooking.

A tourist can also shop after visiting the many food establishments inside the biggest mall outside Metro Manila. In 2017, shopping was the number one activity of tourists visiting the country, with 51.60 percent of visitors hitting the stores according to DOT.