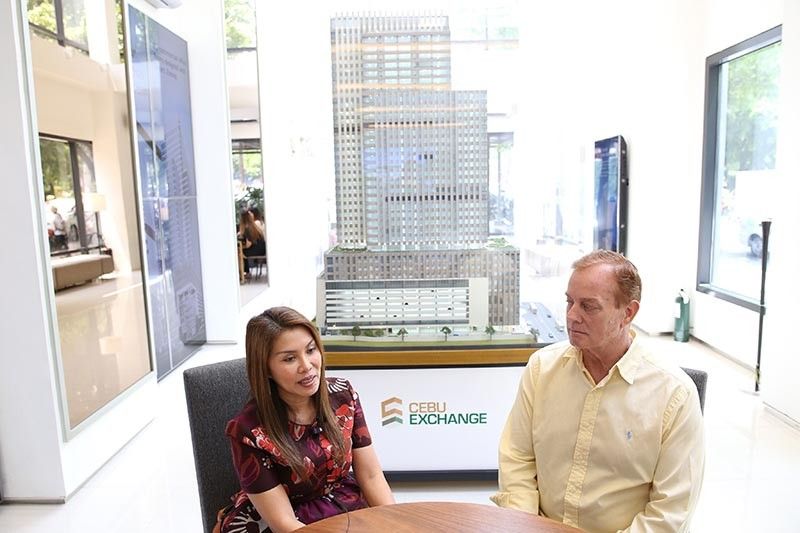 WHAT’S NOT TO LIKE? Azpired president and chief executive officer Almira Absin (left) says the large cuts of the Cebu Exchange and its location attracted them to move their offices. With her is Azpired chairman Scott Johnson. (Contributed photo)

HOMEGROWN outsourcing service company Azpired Inc. has expanded its offerings from customer service to technical support and is expected to generate more jobs in Cebu.

Almira Absin, president and chief executive officer, said the company grew from contact services to hardcore technical support to cater to global clients in the United States, Canada and Australia.

“When we started, we only had customer service. Now we have grown, including technical support, and that actually generated a lot of jobs,” she said.

With artificial intelligence (AI) fast becoming part of a company’s operations, Absin said customers still prefer having someone to talk to instead of the generated response.

“It will always be a mix of voice and non-voice because AI is very good in helping the business, and it helps you have better operations. In some instances, it helps.

But nothing will still replace the human touch,” she said.

Azpired will soon relocate its headquarters to Cebu Exchange located on Salinas Drive, Lahug, Cebu City across the Cebu IT Park. Cebu Exchange, developed by Arthaland, is targeted to be completed in 2020.

Absin said they chose Cebu Exchange because of its large office space where they can consolidate all their employees.

“This is also the first building in Cebu that has a really big floor area. We are able to put a lot of employees in one floor,” she added.

She also cited the Leadership in Energy and Environmental Design certification and its location as among its advantages.

“IT Park is there, there’s a mall, there are restaurants, and it is very safe. What’s not to like?” she added.

“When we started, we were really small, with one, then seven employees. And then it grew to 25 and we ran out of space. In a year’s time, we expanded to so many heads that we had to look for and build almost the whole floor. And then a couple of years later, we expanded to another building,” she said.

She said they will continue to pour in investments in Cebu, seeing the city’s drive for more infrastructure and the quality of the people in terms of talent and skills.

“When we look for facilities. We always put into consideration our employees, if it’s easy for them to go to work and go home. And also their safety. That’s why I want to make sure that we are in a secured place and it’s a place designed to be a business outsource processing hub,” she said.

To support the needs of their employees, Absin said they also created their own travel agency, Azpired Travel, and their own medical facility, Meditec.

“One of the pain points of our employees is when they go to a clinic that closes at a certain time of the day.So, we solved this problem by having a medical facility that is open 24 hours a day,” she said.

Absin said they also give points to their top-performing employees which they can use to purchase plane tickets to any country of their choice for a vacation. (JOB)