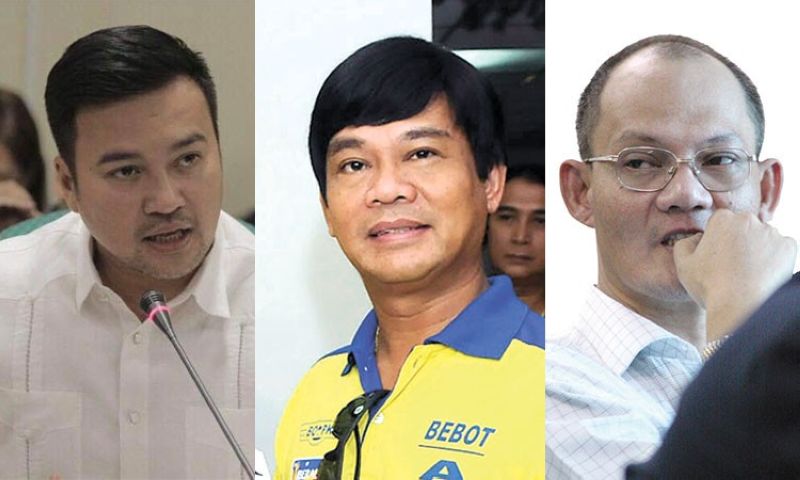 * WHO WILL BE THE NEXT SPEAKER OF THE HOUSE. Why incoming Marinduque congressman Lord Allan Velasco is the most likely next speaker: he is endorsed by the president's daughter Davao Mayor Sara Duterte-Carpio; Davao del Norte's come-backing Pantaleon Alvarez Jr. is hated by Sara; and former foreign affairs secretary Alan Peter Cayetano had offended Sara with his alleged threat to break up the ruling party. There are reasons why other potential rivals are also ruled out but the Sara factor should be enough.

It's Velasco, unless the other competitors, such as Leyte's Ferdinand Martin Romualdez, would resort to the P500,000-P1 million vote-buying that, Alvarez implied, was needed to get the speaker's job.

* VELASCO BEING THE YOUNGEST SPEAKER YET, NEXT TO DON SERGIO. Lord Allan has billed himself as "consensus builder" and "listening speaker" (look, the speaker listens!). At 41, he will also be the youngest speaker yet ("time for the youth to lead"), well, next to Cebu's Sergio Osmeña Sr. who at 29 led the legislature in 1907 when it was called the National Assembly.

Cebu City Councilor Joy Pesquera of Barug, who lost to reelected Representative Bebot Abellanosa of BOPK, says that while she's sad over her defeat, she's proud about her 103,717 votes, which she describes as "pure votes." In a video clip circulated by reporter-broadcaster Elias O. Baquero, she explains what "pure" means.

Earned ("gihago-an"), she says. Does she imply the votes were not bought?

Her rival Bebot, a third termer, who would rather sing with his band for the voters than debate on issues during the campaign, polled 163,752 votes, or 60,035 more, pure or tainted, than Joy.

Joy didn't do better than her colleague Richard Yap in Cebu City north, if one's basis for comparison is solely margin of loss. Yap lost by 53,963 votes to incumbent Representative Raul del Mar, who raked in 135,528 against Yap's 81,575.

News from Davao is that the new governor of Dinagat Island is Arlene "Kaka" Bag-ao, a two-term congresswoman and human rights lawyer, who toppled the Ecleos who had held the seat for four consecutive terms. The Ecleos ruled the island even before it was sliced off Surigao del Norte to constitute a province 12 years ago. She beat PDP-Laban bet Ben Glen Ecleo by more than 3,000 votes. The lone-district congressman though is still an Ecleo: Alan 1 Ecleo won by only 488 votes against his LP rival.

Dinagat Island is where Ruben Ecleo Jr., son of the founder of the cult PBMA lives and is believed to be in hiding there. He is a former congressman and "supreme master" of the cult group Philippine Benevolent Missionaries Association (PBMA).

In 2012, Ruben Jr. was sentenced to life imprisonment after he was found guilty of parricide over the January 5, 2002 murder of his wife Alona Bacolod-Ecleo in their Cebu City home. Alona was strangled to death in Banawa, Guadalupe and her body was found three days later in a black trash bag dumped in Dalaguete town.

Earlier, in 2006, Ruben Jr. was also ordered arrested after he was convicted of corruption over construction of a public market and a municipal building and the repair of a cult-owned house while he was mayor of San Jose, Dinagat Island.

From 1991-1994. His jail sentence for those charges was 31 years. Attempts to arrest him have failed; apparently police have stopped looking for him.

His trial for the parricide case, held in Cebu City where he was jailed, had seized the attention of Cebuanos for several. That he has continued to elude arrest for seven years keeps that interest burning.